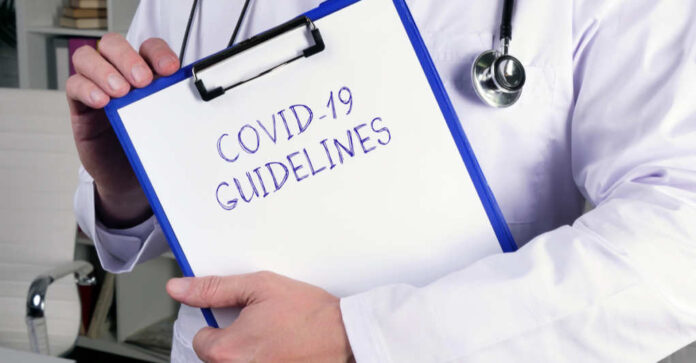 Dr. Anthony Fauci seems to be backtracking after last week’s new guidelines were announced. He said on Sunday that the Centers for Disease Control and Prevention (CDC) may be thinking about a new update to their most recent guidelines on isolation and testing regarding people who have tested positive for COVID-19 or had been exposed to someone who had tested positive.

George Stephanopoulos of ABC’s “This Week” spoke with Fauci about the changes which reduced isolation time for asymptomatic individuals from ten days to five days. It also eliminated the testing requirement for people with symptoms that had resolved after five days.

Stephanopoulos started the interview with Fauci by bringing up the backlash the CDC received due to the reduction from 10 days to 5 days. He asked, “First of all, are you surprised by that, and what was the – why not have a negative test? Why not require a negative test for that extra layer of protection?”

Fauci responded, “Well, let’s talk about the first principle, George. The idea of if a person is without symptoms and infected, that they need to be isolated for five days. Normally that would be ten days. The CDC decided that they would cut that down to five days if the person remains asymptomatic so long as when they do go out in the second five days of that ten-day period, back to work or back into society, that they diligently wear a mask.”

Rochelle Walensky, the CDC director, told Kaitlan Collins from CNN that the new guidelines were the result of what public health officials believed people could tolerate along with the science focused on the spread of the virus. She said that the second 5 days there was a focus on wearing a mask. She believes that we will see even more cases of the Omicron variant, but many of the cases would be mild or even asymptomatic. But those in the CDC were also looking at the behavior science as a focus. That questioned what people will do when they get back to work. And they wanted to be sure that people actually would isolate when they were the most infectious. Walensky noted that their recent decision was made based on what they thought people would be able to tolerate. She said that some science has demonstrated that less than a third of people are isolating when they need to.

This has caused many to respond that the recent decisions were just was much focused on business as they were on science.

Dr. Fauci said this past weekend that the likelihood of transmissibility is much lower in the second have of the 10 day period. He maintained that this was the reason that the CDC made the judgment that it would be a low risk to get people out of isolation and back to work.

He did concede that the new guidance has generated a number of questions about requirements and testing. So there may be some new guidelines coming in the days ahead, the only constant seems to be that there will be change.