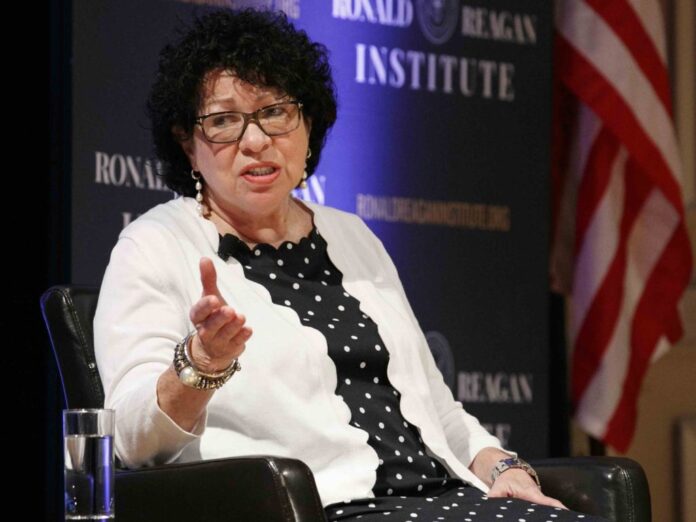 VERDICT: FALSE. There are about 4,000 children in hospital from coronavirus.

Justice Sotomayor made several factually false statements during oral arguments Friday at the Supreme Court, as the justices considered challenges to President Joe Biden’s vaccine mandates, including a mandate on large private employers.

One of the more bizarre statements Sotomayor made was the claim that there are 100,000 children currently hospitalized in the United States due to coronavirus, with “many” using ventilators to breathe.

While there are a record number of children in hospital due to the ongoing coronavirus surge, the number is far smaller than what Sotomayor suggested — just over 4,000, as of Wednesday.

More than 4,000 children were hospitalized with covid-19 across the nation Wednesday, Washington Post figures show, marking a new high that towers above previous peaks set during the summer when the delta variant was driving up infections.

The tally, which includes confirmed as well as suspected pediatric covid-19 patients, reflects a steep rise in infections in that group. Less than two weeks ago, on Christmas, fewer than 2,000 children were in hospitals with covid.

Fox News reported that most of the cases involving children who have been hospitalized are “incidental.” The CDC reports that mechanically-assisted ventilation is generally required in fewer than 20% of cases among patients admitted to hospital.

As Breitbart News reported in another fact check, Sotomayor also falsely claimed that the omicron variant, the dominant strain in the current surge, is more “deadly” than the delta variant that was more common in the summer and the fall of 2021.

Sotomayor did not appear in the courtroom for the oral arguments, but participated remotely, from her chambers.

The case is National Federation of Independent Business v. OSHA, 21A244 in the Supreme Court of the United States.