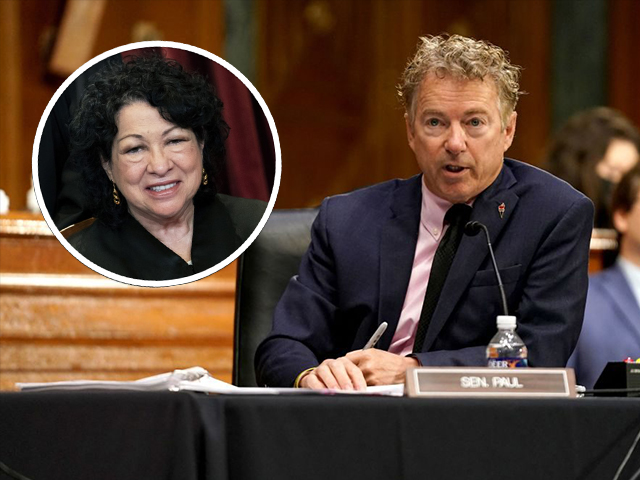 “We have over 100,000 children, which we’ve never had before, in serious condition, many on ventilators” from the coronavirus, Sotomayor asserted on Friday, raising eyebrows.

After the remarks surfaced, Sen. Paul, a prominent critic of Anthony Fauci, tweeted: “Sotomayor: ‘over 100,000 children…in serious condition, many on ventilators’ Is Fauci advising Justice Sotomayor? Will YouTube censor her?”

The liberal justice’s assertion is demonstrably false, as there are currently about 4,000 children in the hospital due to the coronavirus — far below the 100,000 figure declared by the justice during oral arguments at the Supreme Court.

More than 4,000 children were hospitalized with covid-19 across the nation Wednesday, Washington Post figures show, marking a new high that towers above previous peaks set during the summer when the delta variant was driving up infections.

The tally, which includes confirmed as well as suspected pediatric covid-19 patients, reflects a steep rise in infections in that group. Less than two weeks ago, on Christmas, fewer than 2,000 children were in hospitals with covid.

Additionally, data from the American Academy of Pediatrics (AAP) revealed that “0.1%-1.6% of all their child COVID-19 cases resulted in hospitalization” per the 24 states reporting a metric referred to as “cumulative hospitalizations.”

Among the 46 states reporting cumulative mortality, “…children were 0.00%-0.27% of all COVID-19 deaths, and 5 states reported zero child deaths.”

That is far from the only controversial assertion Sotomayor made on Friday; she also falsely claimed that the omicron variant is “just as deadly” as the delta variant.