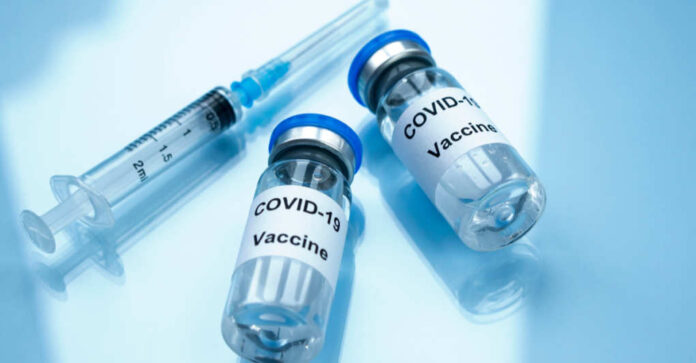 We can’t rely on the CDC because they sell out to Corporate America.

We can’t rely on Dr. Fauci because he’ll say whatever Biden wants him to say.

But…we should be able to rely on the creator of the COVID vaccine. After all, if the person who created the darn thing has a cautionary tale to share with us all, we should listen.

Sir Andrew Pollard is not only a professor but also the chairman of the Joint Committee on Vaccination and Immunization. He recently reported to the Telegraph that “we can’t vaccinate the planet every six months. At some point, society has to open up.”

Finally, we have someone who is ready to speak common sense. And he may want to say it a little louder for all of the liberals in the back who want to keep society closed up for as long as possible.

We already have a country where people are refusing to get vaccines. And those with the vaccines are mumbling and grumbling about getting a booster. How many boosters do we have to endure before we can get back to “normal?”

Research has already come out to say that a fourth shot (second booster) could destroy our immune systems, leaving us unable to fight COVID should we contract it. That means that most people are going to draw the line at some point.

Pollard was quick to dismiss talk about a fourth shot. He said that he’d need to see more evidence as to why it’s necessary. His concern is about those who are vulnerable, such as those with weakened immune systems or other medical problems that could be complicated in the event that one contracts COVID.

As we look at ways to deal with COVID, we also have to look at the newer Omicron variant. This variant seems to be different than the ones in the past. It’s less severe – and it seems that the wave doesn’t last as long. South African authorities have said that they’re already seeing the Omicron wave ending – and they didn’t have any major surge in deaths as a result of the variant.

It’s good news. Regardless of how much the CDC and Dr. Fauci want to fear-monger about Omicron, the current studies and data points show that it’s good news.

When we have a variant that isn’t leading to as many hospitalizations or deaths, we shouldn’t be worrying about a second or a third booster.

While Israel has already approved a second booster, it’s only available to those who are over 60 or who are in the medical industry.

We can’t keep vaccinating everyone. It’s ineffective and it’s unrealistic. Let’s keep listening to Pollard because it sounds like he’s the best chance of getting society open once again.