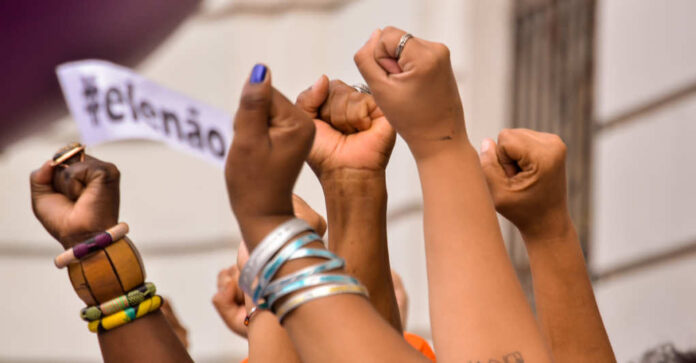 History was on Monday, as the first women commanded aircraft carrier set sail in American history. The USS Abraham Lincoln deployed under the command of Navy Captain Amy Bauernschmidt, who was awarded authority in August.

As the news release from the US 3rd Fleet explained, the deployment is to embark on a number of maritime security operations, of which Bauernschmidt has full confidence that her sailors will perform well.

But this isn’t the only first for Bauernschmidt’s career. She was among the first graduating class at the Naval Academy that allowed women to serve on combatant vessels and aircraft. She was the first woman to ever hold the role of executive officer on an aircraft carrier in 2016.

In addition, she has a bachelor’s degree in ocean engineering, a master’s from the Naval War College, and over 3,000 logged flight hours since she was designated as a naval aviator in 1996, along with a number of other great achievements over the years.

To be sure, it’s an impressive career for just about anyone. But for a female in an industry dominated by men, it’s exceedingly rare.

And yet, no one really seems to be making a big deal about it. You’d think in the pro-feminist world we live in today, it would be news just about everywhere.

I mean, do you remember when Kamala Harris was announced as the first female vice president of the United States? The entire world seemed to rejoice. And not because she had done exceptionally well at proving her worth. Instead, she was chosen merely for her age, skin color, and political ideals, two of which she has absolutely no control over.

And yet, when a woman who has quite literally broken the glass ceiling of women’s rights in the military makes another first, the leftist world of equality and identity is silent.

Well, as it turns out, for all Bauernschmidt’s accomplishments, it appears she doesn’t have what matters most to the world of feminism. And that’s a claim to progressivism, at least not in any political sense.

Secondly, she’s chosen a career in the military, which has become something to be frowned upon in the circles of the political left and the woke.

And apparently, that combination just doesn’t amount to much.

Perhaps if she were black or someone who was vehemently pro-abortion, things would be different.

Then again, the skin color didn’t seem to matter to Winsome Sears either. Sears was recently elected as the first-ever woman lieutenant governor in the state of Virginia. In addition, she’s also an immigrant.

But to the left’s dismay, she is also a veteran, a strong Second Amendment advocate, a pro-lifer, and a conservative.

And so again, her accomplishments mean nothing.

So what exactly does this mean?

Well, for starters, it means that feminism isn’t really about women’s rights or equality at all.

Sure, it used to be that way. There was once a day when being a feminist meant fighting for women’s rights to accomplish the same things as men, get equal pay in the workforce, and be given the same opportunities in life. And women who paved a way where there was none before were celebrated and praised.

But now, the movement has become less about women breaking barriers and more about pushing a progressive ideology. It matters not that Bauernschmidt is the first woman to ever be the commanding officer on an aircraft carrier. Instead, what matters is that she isn’t woke, isn’t gay, or isn’t of color.

I mean, how you claim to be “for women” if you only recognize them when they support your political causes, when they take a knee in dishonor to our nation, when they claim that America is the problem, or when they push the idea that all whites are racist? The fact is you can’t.

You are either for all women, or you aren’t. And if you aren’t, then you aren’t a feminist. Instead, you are a simply an anti-American liberal.