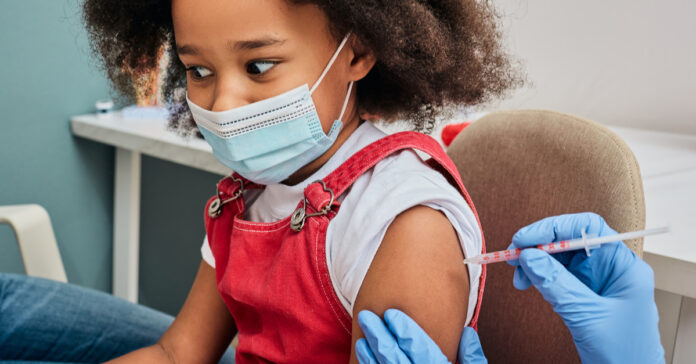 In today’s school landscape, children need parental consent for virtually everything. Kids need a parent’s signature to see a movie at school, to go on a field trip, or even to be administered Tylenol for a headache.

Yet, in New York, one teacher figured it wouldn’t matter whether they had parental consent or not. They jabbed a minor student with the COVID-19 vaccine, knowing good and well that they were doing it without consent.

Obviously, this teacher is in one heap of trouble. So, why did they risk their career over it?

There are so many questions about this story, but let’s start from the top.

A high school science teacher from Long Island, New York by the name of Laura Russo gave a dose of the Johnson & Johnson shot to a 17-year-old male student. And it was done inside of her home.

Russo isn’t a medical professional. She most certainly isn’t authorized to give out the vaccine, and that it was done inside of her home raises even more questions. It’s not quite clear how she got her hands on the vaccine.

There’s another issue, too. Johnson & Johnson isn’t approved for anyone under the age of 18. If he was going to get vaccinated, it should have been Pfizer or Moderna.

The student wanted the vaccine, but his parents were against it. This means that he went around his parents and, somehow, asked a teacher to help him out.

The problem with all of this is two-fold. One, the teacher should have known this was wrong. Two, the parents are in the dark about it all, which means that if he had a bad reaction, they wouldn’t have known about his vaccine status.

WNBC reported from Dr. Aaron Glatt of Mount Sinai that besides this being illegal, “it’s just not a smart thing to do. An authorized, licensed professional should be providing vaccines to know how to give them properly to make sure if there’s a complication that can be dealt with immediately and very efficiently.”

Russo may have helped to vaccinate someone, but she’s also facing a felony charge as a result of it. She could see up to four years behind bars because she was unauthorized to practice medicine.

We also have to ask the question as to why a male student was inside of a female teacher’s home. Apparently, no one really wants to ask that question. One felony charge is probably enough for Russo.

The school has removed Russo from the classroom. Meanwhile, the Nassau Police Commissioner is still looking at how she was able to come into possession of the vaccine. This is crucial – if one person can get their hands on a vaccine, others are likely to be able to do the same.

At the age of 17, the student should have just waited until he turned 18. And that’s the advice that the teacher should have offered, too.

Now, the only thing that we can hope for is that there are no negative effects of giving the J&J shot to a minor. As for what the parents are going to do, they certainly have all that they need to launch a full lawsuit against Russo as well as the entire school district.

We’ve seen enough of teachers and schools deciding what’s best for our kids but deciding on a child’s vaccination status is going entirely too far.