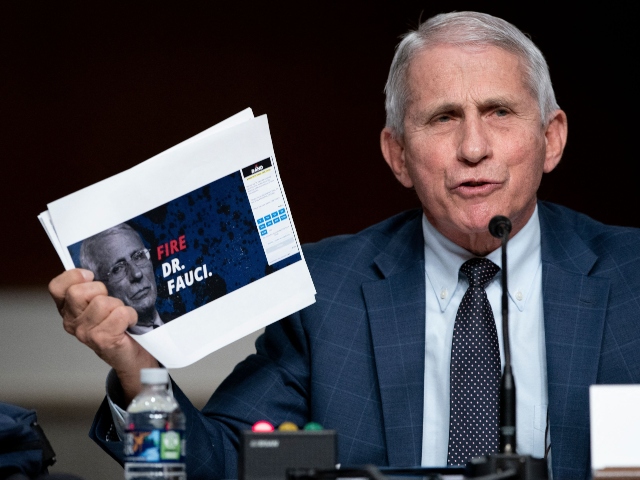 “Fire Dr. Fauci,” the paper read that Fauci held up for the Senate Committee on Health, Education, Labor and Pensions to see during his testimony:

Fauci held up the document to draw attention to Sen. Rand Paul’s (R-KY) initiative on his website to raise money to fire Fauci.

What happens when he gets out and accuses me of things that are completely untrue is that… kindles the crazies out there and I have life threats upon my life, harassment of my family and my children with obscene phone calls because people are lying.

So go to Rand Paul website and you see fired Dr. Fauci with a little box that says contribute here. You can do five dollars. Ten dollars, twenty dollars, a hundred dollars. So you are making a catastrophic epidemic for your political gain.