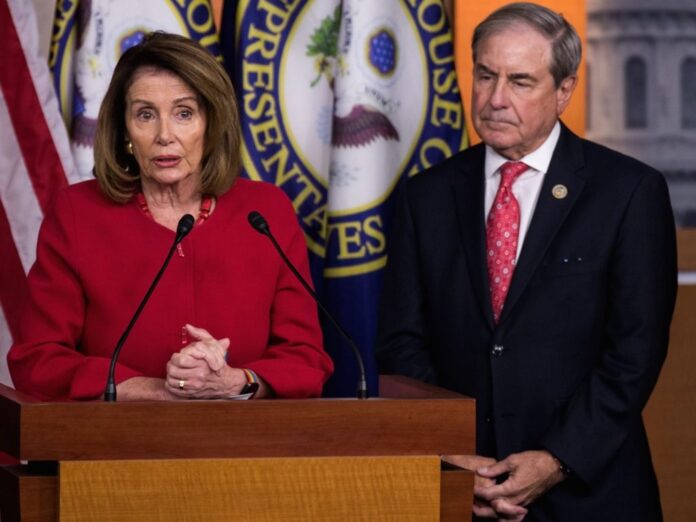 As Republicans are likely to retake the House in November, the establishment media and now a member of Pelosi’s leadership team are suspecting Pelosi will retire.

“My gut would tell me that this would be her last term,” Yarmuth told the Hill. “I see a lot of people who would be the presumed successors donating a lot of money to their colleagues.”

Pelosi, 81, who has come under intense fire from Democrats for her husband’s stock trading practices, is facing a mass exodus of fellow Democrat members who are retiring – 26 in all, not including Pelosi. In total, 26 of the 37 members leaving Congress are Democrats.

McCarthy on Monday told Breitbart News if he were to become speaker, he would kick so-called “pencil neck Schiff” off the intelligence committee and strip Eric Swalwell (D-CA) and Rep. Ilhan Omar (D-MN) of their committee assignments.

“But this new standard which these Democrats have voted for–if Eric Swalwell cannot get a security clearance in the private sector, there is no reason why he should be given one to be on Intel or Homeland Security. He will not be serving there,” he continued.

“You look at Adam Schiff–he should not be serving on Intel when he has openly, knowingly now used a fake dossier, lied to the American public in the process and doesn’t have any ill will [and] says he wants to continue to do it,” McCarthy added. “We’re going to reshape–think about what happened in Afghanistan.”