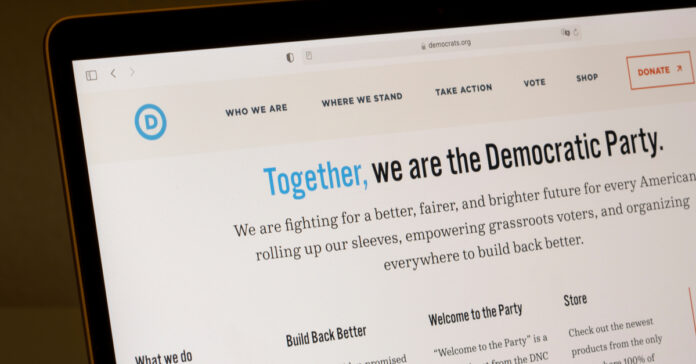 The same event that the left is calling the most dangerous threat to democracy in United States’ history is also an event that Democratic lawmakers, organizations, and progressive activists are using to massively fundraise. It doesn’t seem like they should be able to use the January 6th Capitol riot both ways.

Chuck Schumer, the Democratic Senate Majority Leader, along with Rep. Pramila Jayapal from Washington state sent out emails requesting funds. In these emails, they lashed out at former President Donald Trump and his GOP Party for allegedly inciting the insurrection that caused the death of four people.

These politicians are not alone, they have been doing by progressive groups on the left like the Democratic National Committee (DNC) and Everytown for Gun Safety. Groups like these have sent out fundraising emails on the anniversary of January 6th.

Schumer’s fundraising email begins, “One year ago today, supporters of former President Trump stormed the U.S. capitol in an attempt to overturn the results of the free and fair 2020 election. Incited by the ‘big lie’ and disinformation, the insurrectionists tried to overthrow our democracy.”

He goes further stating that five people were killed and many others were injured. He said that it was one of the darkest days in the history of America.

The message from the Democratic National Committee begins in a very similar way, “One year ago today, our democracy was attacked. The will of the people was under assault, and our Constitution faced the gravest of threats.”

The emails are not just for raising money, they are also pushing for an overhaul of election laws. They want to federalize the U.S. election process and take authority away from the states.

Bernie Sanders, the Democratic senator from Vermont, wrote in his latest email that the democracy in America is under severe attack from the GOP. He hopes to pass state-level election reforms so that the country can shore up the voting process for the next election. He believes that the attack on our democracy goes much deeper than the violence that ensued on January 6th, 2021. The attack is also from Republicans in Congress and state legislatures across the country who are working hard to suppress the vote and make it hard for people of color and the young to vote.

Vice President Kamala Harris jumped on the bandwagon as well. She said that January 6th was like tragic dates in U.S. history including the 9/11 attacks in 2001 and the Japanese attack on Pearl Harbor in 1941. She said to Congress that events like these echo throughout history, and she maintained that dates like the ones she mentions cause you to remember where you were and what you were doing when the democracy came under assault. Harris believes that these attacks not only occupy a place on the calendar but a place in our collective memory. And then she listed them again…Dec. 7, 1941, Sept. 11, 2001, and Jan. 6, 2021.

The vice president did not use the uprising at the Capitol as a fundraiser, but she did use it to push the president’s agenda. She called for action on the Democratic election reform legislation. She said that in the Capitol, her colleagues will have a chance to decide whether to uphold the right to vote and ensure free and fair elections. Going even further, she challenged her colleagues to pass the voting rights bills that are before the Senate. She also spoke directly to the American people asking them to not sit on the sidelines, but instead unite in defense of the democracy.

If January 6th was a dark day in American history, it surely is being used in a lucrative manner today by the Democrats.