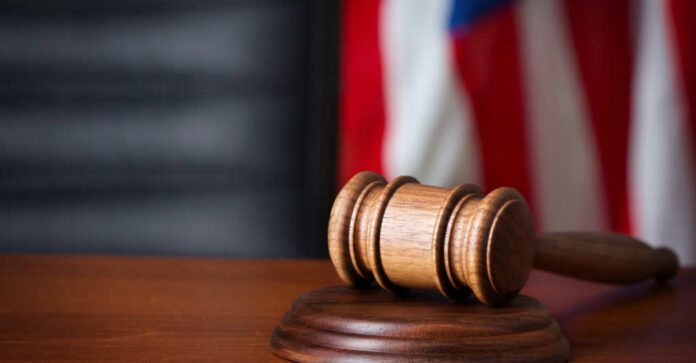 As I am sure you are well aware, Biden’s vaccine mandates, in their many forms, have come up against quite a bit of condemnation in recent months, with much of America believing they are not only freedom trampling but unconstitutional. And so far, more than a few federal and district judges have agreed, putting either limits or full-on bans on the mandates.

Unsurprisingly, this has pushed the political left to fight for them even more. If we can say one good thing about the current Democratic Party, it’s that they are persistent, to say the least.

And so, the Supreme Court is in the process of taking on the case.

In fact, on Friday, the High Court began to hear arguments both in favor of and against the vaccines that President Joe Biden has tried to impose on us all. Clearly, a verdict on the controversial and nationally important matter will take time and lots of consideration, meaning it may be months before we know much more about the fate of vaccine mandates.

However, that doesn’t necessarily mean we can’t speculate or even draw calculated guesses as to what the Court may eventually rule.

And with several Supreme Court justices already making comments about the case, figuring out where they lie on the matter isn’t turning out to be so difficult after all.

To be clear, the argument thus far has not been around the idea of constitutionality. In fact, so far, most of the justices say that the mandates could very well be constitutional, as nothing like these mandates have ever really been considered or pushed forward before.

The real question is whether or not the president of the United States should be the one implementing them or requiring such vaccinations.

As Chief Justice John Roberts hints at, the mandates might be rather lawful after all. However, they just might be better suited to having states or, at the very least, Congress ruling on them instead of the executive branch.

Roberts noted that so far, the matter has been referred to as a “workaround” of sorts, meaning that rather than taking the issue through the usual and much more logical checks and balances put in place by our founding fathers, Biden has decided to instead make the decision one of his alone. But to Roberts, it “sounds like the sort of thing that states will be responding to or should be and that Congress should be responding to… rather than agency by agency the federal government, the executive branch acting alone.”

He explains that health regulations have always been left up to the states. Gorsuch asks, “Why isn’t this a major question that therefore belongs to the people’s representative of the states and in the halls of Congress?”

The answer to that, of course, is that Biden and his ilk likely know that putting the question to Congress and state leaders would not have the intended results. With the Democrat margin on leadership being so minute at the moment, the Biden administration has to know that the odds of getting the mandates pushed through both Houses would be nearly impossible, especially given that the Senate sits with a complete 50-50 tie.

And so, he’s trying to make the most of his executive power, bypassing the traditional path and taking a few shortcuts along the way. But as Gorsuch and Roberts’s concerns have made obvious, he may not be allowed to get away with his “workaround.”

Of course, more liberal justices, such as Elena Kagan, believe that Biden has every right to do what he’s done, cutting out both states and Congress to make his plans reality.

Well, according to Kagan, we are still very much amid a pandemic and, therefore, a major health crisis. As such, she thinks Biden can impose whatever he sees fit.

But wishing that to be so doesn’t make it true.

As president, Biden certainly has the power to create executive orders. However, as The Heritage Foundation explains, those orders “must come from the Constitution or federal law.” And per both of those, even a “public health crisis” doesn’t give him the power to make up whatever laws he wants.

Secondly, can we even call the current health of the nation a “crisis” anymore? Death and hospitalization rates are dropping significantly due to the vaccines and the less dangerous omicron variant.

And then, of course, there is the whole matter of the vaccines not being all that effective. I mean, how can anyone logically mandate something that doesn’t actually work?