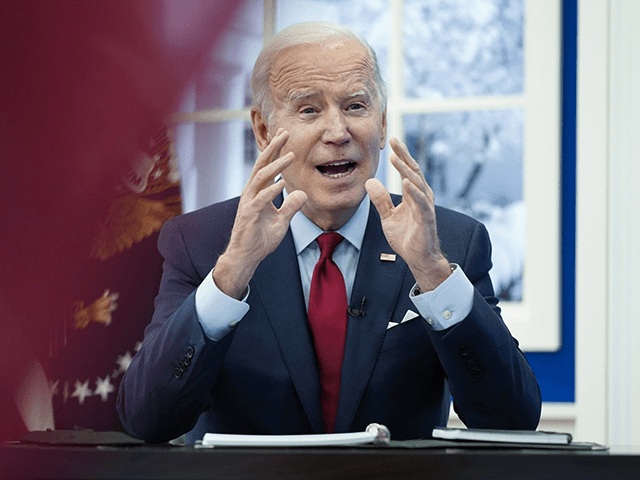 While Biden promised in 2020 he would improve the economy and shut down the virus, few believe Biden has improved the economy from Donald Trump’s tenure.

The polling comes as Biden has struggled with tamping the virus from China, fueling 40 year high inflation amid a supply chain crisis and the Fed’s easy money policy.

On Wednesday, the Centers for Disease Control and Prevention (CDC) Director Rochelle Walensky told reporters the nation has experienced a 40 percent coronavirus infection increase in the last seven days.

Instead of focusing on reducing coronavirus chaos, supply chains woes, and inflation, Biden has directed his attention to destroying election integrity.

Biden spoke Tuesday about federalizing local elections, which can only be accomplished by removing the 60 vote filibuster threshold.

“Voting by mail is a safe and convenient way to get more people to vote,” Biden claimed. “So they are making it harder to vote by mail.”

“To protect our democracy, I support changing the Senate rules,” he said about terminating the filibuster. “When it comes to protecting majority rule in America, the majority should rule in the United States Senate.”