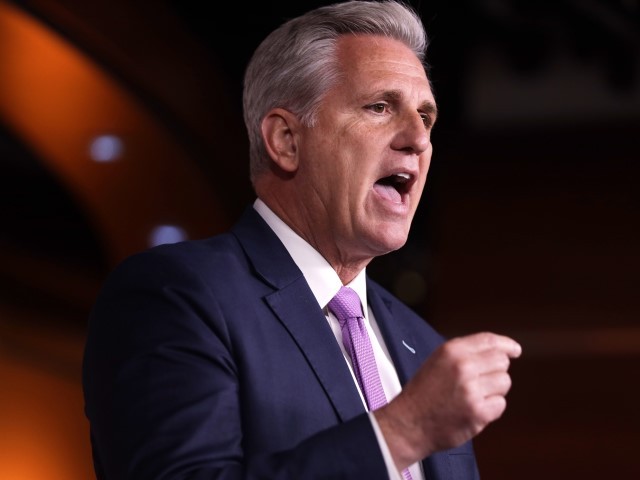 McCarthy cited Pelosi’s “unprecedented action of rejecting the Republican members” he named to serve on the committee as one of the reasons for his decision.

The GOP leader said in a press release:

This committee is not conducting a legitimate investigation as Speaker Pelosi took the unprecedented action of rejecting the Republican members I named to serve on the committee. It is not serving any legislative purpose. The committee’s only objective is to attempt to damage its political opponents – acting like the Democrat Congressional Campaign Committee one day and the DOJ the next.

The committee has demanded testimony from staffers who applied for First Amendment permits. It has subpoenaed the call records of private citizens and their financial records from banks while demanding secrecy not supported by law. It has lied about the contents of documents it has received. It has held individuals in contempt of Congress for exercising their Constitutional right to avail themselves of judicial proceedings. And now it wants to interview me about public statements that have been shared with the world, and private conversations not remotely related to the violence that unfolded at the Capitol. I have nothing else to add.

As a representative and the leader of the minority party, it is with neither regret nor satisfaction that I have concluded to not participate with this select committee’s abuse of power that stains this institution today and will harm it going forward.

McCarthy’s decision not to participate in the committee’s investigation comes on the same day the committee sent McCarthy a letter requesting he testify about his conversations with President Trump in the days before and after January 6.