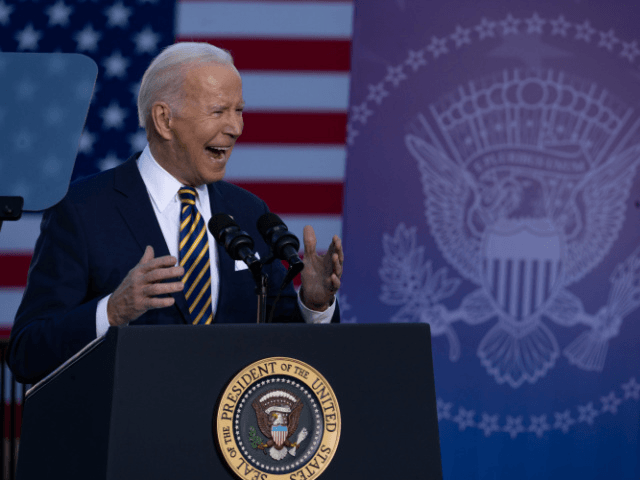 McConnell characterized Biden’s speech as a “rant” that was “incoherent, incorrect, and beneath his office.”

Biden advocated for voting rights legislation and called for an end to the Senate’s filibuster procedure in front of a crowd in Atlanta, Georgia. Biden said in his address:

The threat to our democracy is so grave that we must find a way to pass these voting rights bills, debate them, vote, let the majority prevail. And if that bare minimum is blocked, we have no option but to change the Senate rules, including getting rid of the filibuster for this.

Senate Democrat Leader Chuck Schumer (D-NY) announced earlier in the week that the Senate would vote on a pair of voting rights bills by Monday. A majority of the Senate supports both bills, but Democrats do not have the 60 votes necessary to defeat a filibuster.

Biden’s public attack on the filibuster is a change from his position last summer, when he cautioned Senate Democrats against pushing an anti-filibuster narrative.

“What I don’t want to do is get wrapped up around whether this is all about the filibuster,” Biden said at a town hall in July. “You will throw the entire Congress into chaos and nothing will get done.”

McConnell attacked Biden for not living up to his calls for unity, calling his speech “deliberately divisive” and saying it was “designed to pull our country further apart.”

He went on to call out Biden for calling millions of Americans “domestic enemies.”

“If you don’t pass the laws he wants, you’re Bull Connor, and if you oppose giving Democrats untrammeled, one-party control of the country, well you’re Jefferson Davis,” McConnell added.

“How profoundly, profoundly unpresidential,” he said. “Look, I’ve known, liked, and personally respected Joe Biden for many years. I did not recognize the man at the podium yesterday.”

McConnell also called out Biden for pushing his trillion-dollar Build Back Better agenda before drawing attention to voting rights legislation.

“The story is that democracy is on death’s door. But he spent nine months chasing a reckless taxing and spending spree before addressing it. It must not be that much of an emergency,” said McConnell.