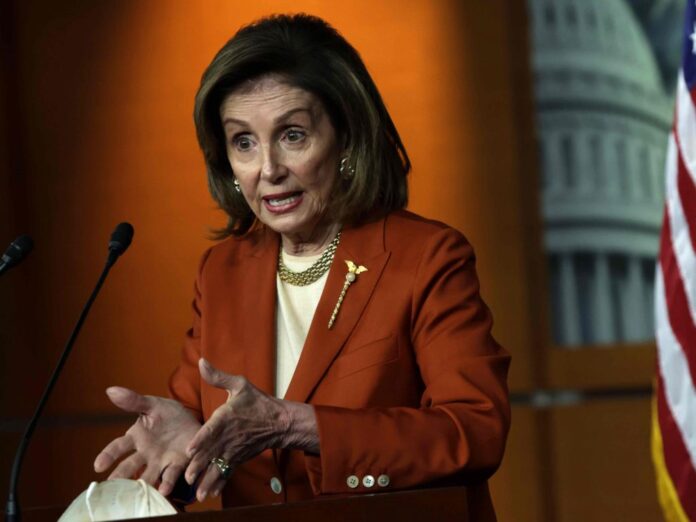 McCarthy has no connection to the riot and condemned it last year. At his weekly press conference on Thursday, he said he had nothing of value to provide the committee. But Democrats — and their media allies — want him to testify because he spoke to President Donald Trump that day.

Reporters at Pelosi’s weekly press conference even asked if McCarthy should be subpoenaed to compel his testimony, or threatened with “jail” (transcript via Speaker’s office, original emphasis):

Q: Thank you, Madam Speaker. Leader McCarthy says he will not comply with the January 6th Select Committee. Does he have an obligation to cooperate, and should he be subpoenaed if he refuses to continue to comply?

Speaker Pelosi. Yes, I think he has an obligation as we seek the truth to help with that. But, it’s up to the Committee as to what they do next. I see what you see. I mean, they make their decisions. They come forward. And, I’m not prepared to say what they do next, but they’ll be telling us.

Q: Madam Speaker, is it problematic for the investigation if all House Republicans just refuse to talk to them?

Speaker Pelosi. No. We will seek the truth. We will find the truth. And the Committee will use, as they have said, everything is on the table – at one point they said that – in order to do that. I have confidence in the bipartisan nature of the Committee. They are working very hard, as we can see in the public domain with the product of their work. And, I have confidence in them.

Q: And, just to make sure I’m understanding your position on this here. Obviously, you’re punting to the Committee, saying, you know, that they’re the Committee. They’re investigating it. They’re in charge.

Q: But, a couple of years ago, when there were questions about contempt of Congress for Trump Administration officials, you even referred to the, quote, ‘jail’ that’s underneath the Crypt here, saying, ‘Oh, maybe we should do that.’ I mean, this is a particular issue for Congress. If you have Members who are uncooperative, it is hard to get them with subpoenas. Therefore, if they were going to take any sort of extraordinary steps, one would think that would fall under the Committee, but it could also go to you to sign off on some particular, you know, discipline or Ethics Committee or whatever you would decide to do it in dealing with a Member of Congress, particularly the Minority Leader.

Speaker Pelosi. Well, I have, as one who has served on the Ethics Committee for many years, longer than anybody else, I have always said: any issue about the Ethics Committee referring things should not come out of the Leader’s or the Speaker’s Office. That’s up to the process to put forth. And also, now people can bring a charge from outside because we established the outside entity to bring something forward to the Ethics Committee.