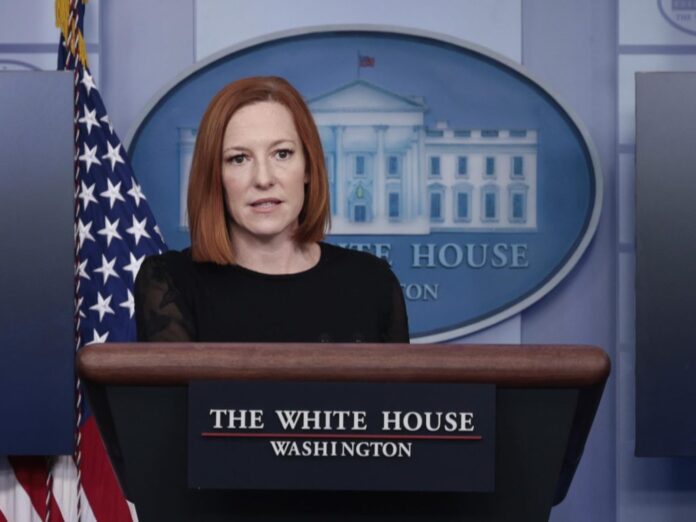 It was not the first time Psaki had noted that many Americans did not take their health advice from the president — and that some Americans would be inclined to ignore him for political reasons — but she stressed the importance of vaccination in any case.

Asked whether the White House had any “evidence” or “sound basis” for believing that Biden could succeed in urging the unvaccinated to change their minds, Psaki said that “more than 80% of the country has gotten at least one dose.”

What the president also recognizes is that he’s not always the most effective messenger. Everybody in the country’s not looking for him to tell them what to do. He certainly knows that. What’s most important here is people hearing from local leaders, doctors, people who have different political beliefs out there, conveying clear, accurate information about the effectiveness of these vaccines. We think all of that has had an impact, and a lot of that is stuff that we have implemented.

The White House recently expressed appreciation to President Donald Trump for his role in developing the vaccines, and for encouraging his supporters to be vaccinated and to take the booster shot, though it has not asked him to play a larger role.