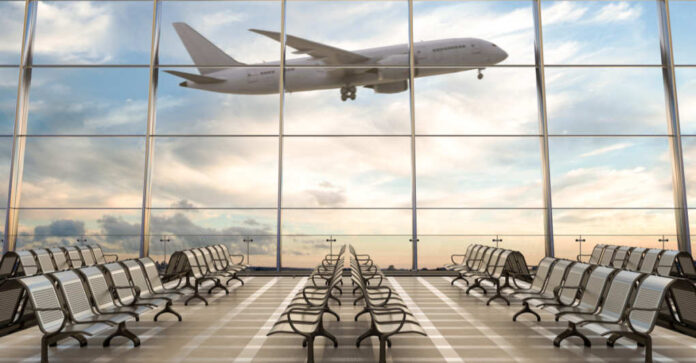 You’d think a company with a name like “American Airlines” would be exceptionally well versed in American values and freedoms, making sure that their employees and staff are given every opportunity to enjoy the liberties our Constitution and laws provide while also paying close attention to discourage standards that may portray their business as anything less than American.

But apparently, that’s not the case. Instead, it seems company leadership is more interested in checking as many liberal boxes as possible, even if that denies their loyal employees the freedoms they were once promised.

The most recent example of this comes to us from Fox News, where it was reported that a liberal Karen spotted a “Let’s Go Brandon” patch on the personal luggage of an American Airlines pilot in Miami. Naturally, the Karen became incensed at the pilot’s audacity to partake in his right to free speech and so immediately took to social media to make his apparent sins known to the world as well as his bosses.

Now, typically, should someone complain in such a manner about being offended by someone’s personal choices, social media is quick to put them in their place and prove that just like this woman has the right to be offended, so does the pilot have the right to display his own views on his own personal belongings.

However, it seems the complaining passenger was saved from her humiliating self because she decided to out her feelings directly to the airline itself, who apparently doesn’t care one whit what our rights are.

Instead, they were far more interested in making sure that this woman wasn’t offended and that their pilot wasn’t displaying patches that went against their more leftist political views.

According to Fox News, the airlines wrote back to the disgruntled passenger, saying, “We take this very seriously and have sent this over to crew leadership. They will handle this internally after review. We assure you appropriate internal review will occur.”

So because this pilot decided to adorn his luggage with a “Let’s Go Brandon” patch, something that can be seen just about anywhere you look these days, he will be placed under internal review and could perhaps endure consequences – all for enjoying his right to free speech…

And yet, this is the very same airline that, in 2020, decided that it was ok and even designed their own “Black Lives Matter” pin for employees to wear.

Well, if the response to the airlines on social media is any indication, fare has nothing to do with it.

Instead, the word “hypocrisy” comes to mind. And well, it should.

I mean, let’s do a little comparison, for starters.

Black Lives Matter, as an organization, is undoubtedly one of the most polarizing and controversial ones to exist in this modern era. And not just because of what they supposedly stand for, bringing awareness to racism in the US.

Instead, their name has become synonymous in recent years with violence, hate, cancel culture, and the absolute destruction of city after city all throughout the country. When we see the letters “BLM,” we no longer think of a group simply trying to make equality a reality. Instead, we are assaulted with images of cities literally on fire, statues of our latest and greats being toppled, and police officers being murdered while sitting in their cars.

In addition, BLM leaders have since admitted that equality of the races isn’t even the goal anymore. Rather, Marxist philosophy, which is basically the denial of things like property rights, individual rights, and even equality.

And yet, at the very height of all of this, American Airlines said it was ok for their employees to not only support but display their support of this group.

Meanwhile, when someone chooses to support a movement that merely displays their disapproval of our sitting president, something that has no doubt been done since the time of George Washington himself, it’s suddenly punishable and more than frowned upon.

As social media users from all over have since made known, the hypocrisy is flagrant.

Maybe instead of dragging our country’s name through the mud by adjoining your company to it, you could rename yourself something more appropriate – like Liberal Airlines or Leftist Karens Flights…