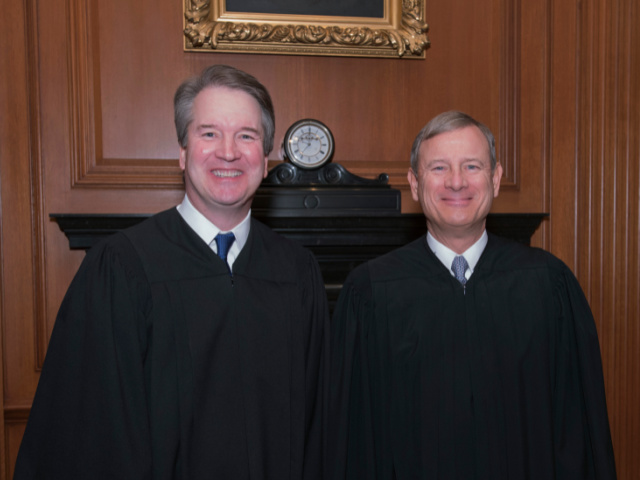 DeSantis, a graduate of Harvard Law School, reminded listeners that he called for a special session in the state of Florida late last year, designed to provide protection for workers, including healthcare workers, ensuring that individuals not lose their job “over these shots.” But voting against the vaccine mandates, he explained, is a “no-brainer.”

“I mean, anybody who’s not a far-left jurist was going to come out that way,” he said in reaction to the Supreme Court’s 6-3 decision striking down the Biden administration’s Occupational Safety and Health Administration (OSHA) vaccine mandate, which would have affected more than 84 million American workers. However, the Supreme Court did not strike down the CMS mandate, much to DeSantis’s dismay.

“So here’s what’s going on. Think about how insane this is,” the governor began, explaining that Florida took steps to protect healthcare workers in Florida. But in other states, they fired unvaccinated nurses, many of whom had natural immunity through prior infection, he explained.

“Now they’re so short-handed, they’re actually bringing back to work nurses who are COVID-positive. They are vaccinated, but we know that’s not stopping it. So they have COVID-positive people back on,” he said.

“Meanwhile, the unvaccinated, likely immune through prior infection, healthy nurses are on the sidelines, fired. How insane are these policies?” he asked.

“What [President] Biden’s doing with this CMS mandate, we’re going to enforce our protections here in Florida, but what that’s going to lead to in other states that haven’t done what we’ve done, that’s going to lead healthy nurses to be put on the sidelines while we have an acute healthcare shortage,” he said.

“Honestly, Roberts and Kavanaugh did not have a backbone on that decision,” he added. “That’s just the bottom line.”