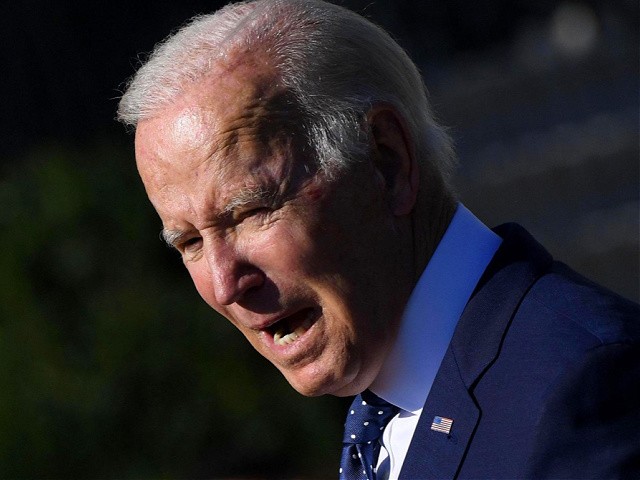 Earlier in the week, the Biden administration argued in the U.S. Supreme Court that immigrants held for deportation after returning illegally to the United States should not have a bond hearing.

Bond hearings are when the immigration judge determines if the immigrant is eligible for bond and can be released while their asylum or deportation cases are pending.

In arguing against bond hearings, Curtis Gannon, a lawyer in the solicitor general’s office, said, “Congress can make rules for noncitizens that it can’t for citizens, and detention during removal proceedings is constitutionally permissible.”

However, many of Biden’s progressive allies take issue with the federal government’s stance. For example, immigrant rights attorney Matt Adams argued that the bond hearings for these immigrants are a “bedrock principle in our legal system.”

“It’s a bedrock principle in our legal system that where the government seeks to lock up a human being for a prolonged period, that person is entitled to a hearing before an independent decision-maker to determine whether the detention is justified,” Adams argued in court.

Last week, the administration asked a court to dismiss a case against the federal government brought by families who were separated at the southern border. Biden’s lawyers argued that the separated families could not sue the federal government for monetary damages in this circumstance because it has sovereign immunity from lawsuits brought under the Federal Tort Claims Act.

An immigrant family from Haiti walks towards a gap in the U.S. border wall from Mexico on December 11, 2021, in Yuma, Arizona. (Photo by John Moore/Getty Images)

Unsurprisingly, progressives were upset with the Biden administration’s attempt to get the separated families lawsuit tossed out.

“Actions speak louder than words, and by sending its lawyers to try to throw separated families out of court, the Biden Administration is effectively defending Trump’s cruel and unlawful family separation policy,” said Bree Bernwanger, senior immigrant justice attorney at the Lawyers’ Committee for Civil Rights of the San Francisco Bay Area.

At the same time, the Biden administration is in ongoing litigation involving the Migrant Protection Protocols (MPP), a Trump-era immigration policy often referred to as the “Remain in Mexico” program. Under the Remain in Mexico policy, asylum seekers at the southern border are given notices to appear in immigration court and then sent back to Mexico.

Progressives were appalled with President Biden after the Supreme Court ordered the administration to reimplement the MPP in August.

“The Biden administration has had nearly two months to issue a new memo that addresses the district court’s concerns and formally terminate the MPP program for good,” said Jorge Loweree, policy director at the American Immigration Council:

The fact that it has not done so and is instead moving forward with plans to restart the program in November is a betrayal of the president’s campaign promises and a clear sign that this administration is failing to reenvision border management and the way that we treat people who are seeking protection in the United States.

The Biden administration began sending migrants back to Mexico under the reimplemented MPP in December 2021.