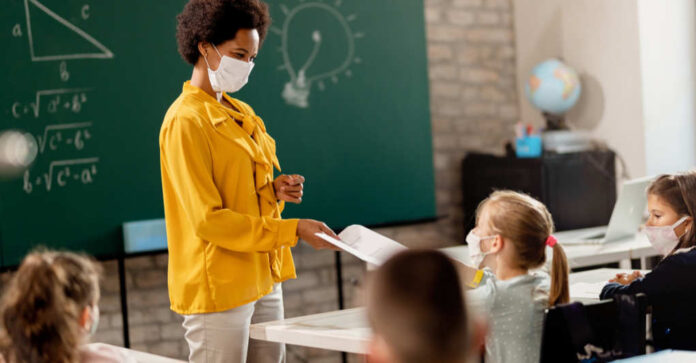 The great divide between parents and their children’s educators continues to grow larger in America. Recently, a teacher from New York was arrested after she apparently administered a shot of the COVID-19 vaccine to a 17-year-old boy who was in her class. Not only was she not legally allowed to give the vaccine to the boy, but she also did not have their consent.

According to NBC News, Laura Russo, 54, was taken into custody by the Nassau County Police department on New Year’s Eve in Sea Cliff, New York. She alleged gave the shot to the teenager who has not been named.

NBC News reported that according to the police department, the teenage boy had visited Russo’s home, which should be another red flag in the case. While there, the teacher injected what is believed to be a COVID vaccine into the boy. The news agency said that it was unclear how Russo obtained the vaccine.

The teacher has now been charged under the New York State Education Law Unauthorized Practice of a Profession.

NBC 4 obtained a video where Russo can be seen allegedly giving the anonymous student the injection. One Twitter user who saw the video that the situation in that home was “all kinds of scary.”

Donna Cordova went on to further note that it wasn’t a question of whether to vax or not to vax. The boy was underage, it wasn’t the teacher’s child, she was not a licensed medical professional, and that particular vaccine was not even authorized for children the boy’s age. She asked where Russo even got ahold of that vial and what would she have done if the teen had a reaction to it?

Dr. Aaron Glad for Mount Sinai South Nassau told NBC 4 that “besides being illegal, it’s just not a smart thing to do. An authorized, licensed professional should be providing vaccines to know how to give them properly to make sure if there’s a complication that can be dealt with immediately and very efficiently.”

According to other news outlets, the 17-year-old asked for the vaccine from Russo because his mother refused to give her permission for the injection. But he did tell his mother about getting the vaccine and his mother went directly to authorities.

Laura Russo is a science teacher at Herricks Public Schools in New Hyde Park, New York. She has been taken out of the classroom while the investigation is taking place. Russo is now scheduled to appear in court on January 21st.

The school district maintains that the allegations were not related to the school she worked at, and they noted that the incident did not occur on school property.

Russo declined to comment when approached by NBC News 4.

Ironically, she is not the first teacher to help a student receive the vaccine without parental consent. Back in December, it was reported that a teacher in California had given free pizza in exchange for students getting the vaccine. This teacher was not the one that was actually injecting the students with the vaccine.

A mother of a 13-year-old boy who was given the vaccine against COVID-19 without her consent said that someone had offered him food if he got the shot. Maribel Duarte’s son was a student at Barack Obama Global Prep Academy in South Los Angeles. She told NBC 4, Los Angeles, that her son brought home a vaccine card from school after he got the shot in exchange for pizza.