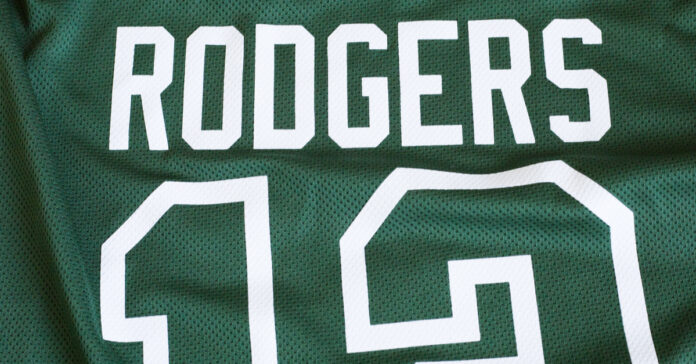 Arkush said while being interviewed on 670 The Score in Chicago, “I don’t think you can be the biggest jerk in the league and punish your team, and your organization and your fan base the way he did and be the Most Valuable Player. Has he been the most valuable on the field? Yeah, you could make that argument, but I don’t think he is clear that much more valuable than Jonathan Taylor or Cooper Kupp or maybe even Tom Brady.”

Arkush was asked if voters were allowed to consider the issues a player has off of the field, and they specifically included a player’s vaccination status. He replied that there were no guidelines in voting for the league MVP. He said they were told to choose the person they think is most valuable to their team. He said that he doesn’t believe that it is written anywhere that it should be only “strictly on the field.” But Arkush did say that he believes the Green Bay quarterback did hurt his team on the field by the way he acted off of the field.

He said that the Packers were going to get the No. 1 seed anyway, but he asked what if the difference had come down to the Chiefs game. That was the game where Rodgers lied about being vaccinated. He ended up not playing and the team lost. Arkush believes that all these issues should be evaluated.

The sportswriter also delved into Rodgers’ off-season behavior when he went silent. Many people were wondering if he would ever play for the Packers again. Arkush let it be known that Rodgers would not be getting his MVP vote and that his vaccination status was one of the reasons.

Aaron Rodgers had a chance to speak on this issue, “I think he’s a bum. I think he’s an absolute bum. He doesn’t know me. I don’t know who he is, nobody knew who he was probably until yesterday’s comments. I listened to the comments, but to say he had his mind made up in the summertime, in the offseason, that I had zero chance of winning MVP … In my opinion should exclude, you know, future votes.”

The Green Bay quarterback said that Arkush’s problem isn’t with him being a bad guy or the biggest jerk in the league. He said over and over again that Arkush didn’t even know him. And then Rodgers said that his problem is that he is vaccinated.

“So if he wants to go on a crusade, and collude, and come up with an extra letter to put on the award just for this season, and make it the most valuable vaccinated player, then he should do that,” Rodgers continued. “But he’s a bum.”

Aaron Rodgers is the favorite to be the 2021 NFL MVP. This would be his second in a row and the fourth in his whole career. If he is selected, it would be the first person to repeat getting the award since Peyton Manning did it in 2008 and 2009.

The Green Bay Packers, under Rodgers’s leadership, are moving into the last week of the season first in the NFC. They have a 13-3 record. They locked up the top seen in last weekend’s game against the Minnesota Vikings. This gives Rodgers a bye week and the team will have home-field advantage throughout the playoffs.

This year has been sterling for Rodgers. He has thrown for 3,977 yards and 35 touchdowns, and he has had just four interceptions. He has a quarterback rating of 111.

But off the field, it has been chaotic for the quarterback. He let loose on the Packers organization because of the months of uncertainty in the offseason. In November, he tested positive for COVID-19 and he told the world that he was unvaccinated. The media then lashed out at him for “misleading” the public regarding his vaccination status. He had told reporters in August that he was “immunized” against the virus.

After Rodgers spoke about Arkush, he got back on 670 The Score and said that he made a “big mistake” in speaking on who he plans to vote for. He said that he feels awful about it and he really wishes it hadn’t happened.

The cheese has been cut…the genie is out of the bottle.