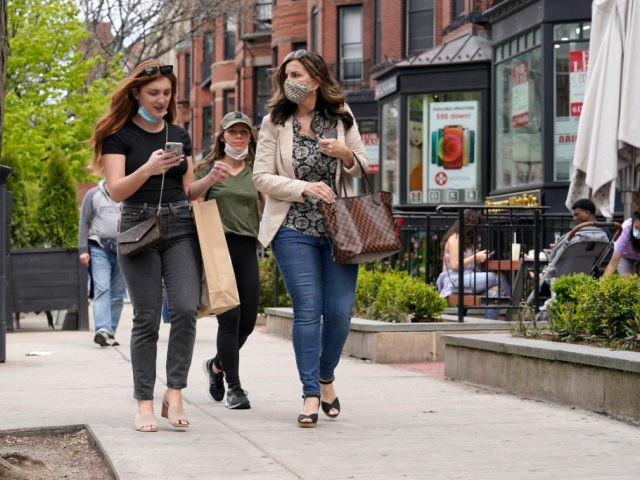 Liberals have fought long and hard to keep people masked and socially distanced from one another. They’ve allowed Dr. Fauci to fear-monger across the airwaves, scaring Americans into submission.

Now, the CDC has decided that it’s time to let science rule.

Mask mandates have been lifted for those who have been fully vaccinated.

We can finally breathe. And, we’re given an actual incentive to be vaccinated instead of being told that masks will still exist.

Dr. Rochelle Walensky announced on Thursday that “Anyone who is fully vaccinated can participate in indoor and outdoor activities large or small without wearing a mask or physical distancing.”

Does that mean that we’re in the clear and that life all across the country returns to normal? Not quite.

The mask mandates are still in place for those who have not been vaccinated. Unvaccinated people will still need to socially distance and wear a mask.

Who is to say whether a person has been vaccinated or not? While some places may ask to see proof, it’s based entirely on a person’s ability to be honest.

Further, there are still liberal cities that want to control what people do. They don’t want to listen to science. They’ve been fear-mongering for so long that they don’t know how to comprehend the science being used by the CDC.

Some states and cities have bribed people with free drinks, free fishing licenses, and more. And once people interested in the bribes got vaccinated, the interest has once again waned.

Still, it’s good news…and Walensky echoes what we’ve all been thinking…”We have all longed for this moment…”

It’s encouraging, but the liberals have to make sure that they honor what the CDC has released.

Although federal health officials have given the green light to lift mask mandates for the vaccinated, many states are choosing caution over compliance.

Most of the states and cities showing hesitancy are Democrats. Much of that has to do with the fact that many Republican areas have already lifted mask mandates.

Governors in Virginia, New Jersey, New York, and Massachusetts are taking the information under advisement. This means that, regardless of whether people have been vaccinated, they’re still forced to wear a mask until the governors decide that science has to be acknowledged.

The CDC doesn’t trump state and local authorities, unfortunately. They can only make the announcements and the recommendations.

The CDC has told vaccinated people to pay close attention to the laws in the areas where they live and frequent. This includes not only local authorities but also workplaces and businesses.

Of course, there are always liberals who can’t see eye to eye. Mayor de Blasio of New York City said that the CDC message is clear and that it’s the “way to bring our city, our lives, back.”

Meanwhile, the governor of New York, Andrew Cuomo, is a bit more skeptical. He wants to review the federal guidelines before he makes any official decisions. He has said that the state “always relief on the facts and the science” regarding the pandemic. Not really…he ignored a significant amount of science early on, which is why New York was one of the hardest and fastest hit by COVID-19.

The liberals seem to know what’s best – yet it’s now clear that they’re not listening to science or the CDC. And, they wonder why so many residents are moving out of California and New York and heading to more conservative states like Texas and Florida.