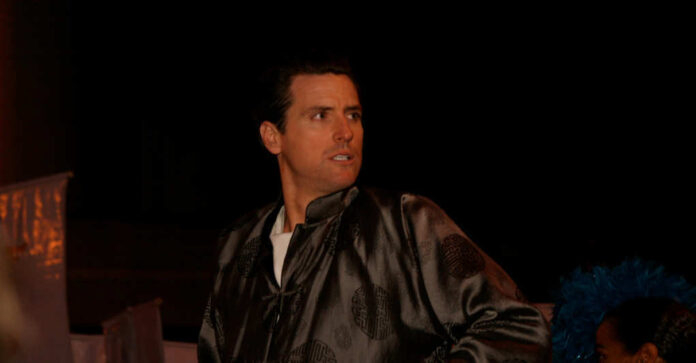 At this point, it would be hard not to notice the immigration crisis taking over our country and its southern border with Mexico. And yet, according to leftist politicians like California’s Gavin Newsom, it seems that is exactly what they are doing.

Newsom doesn’t only not think immigration is a problem right now, but he’s also encouraging more of it. And all in the name of more COVID services.

If you haven’t heard, California is being ravaged by COVID-19 again. Apparently, the constant masking, the mandates on social distancing, the never-ending school closures, and now vaccine regulations and booster shots have done little to nothing to stem the wave after wave of disease in the Golden State.

And the state is drastically unprepared for it.

So, as usual, Newsom is asking for more help from the federal government, as if we can afford anything else.

According to a Saturday news release, Newsom has asked for a whopping $2.7 billion in taxpayer funds to address the most recent surge. Now, to be sure, this could help a great number of needing Americans during this time of “public health crisis,” as the left is calling it.

But you might be surprised to learn that a rather massive percentage of those funds aren’t going to be used on COVID positive or even would be positive Americans. Instead, some $110 million will be sent to the California-Mexico border to ensure that the masses of illegals crossing over daily have access to medical amenities like “vaccinations, testing and isolation, and quarantine services,” as well as more contact tracing being made available.

Now, part of me says that since the state of California, try as they might, can’t really control the masses immigrating to the US as of late at Biden’s request, if they want to keep their citizens safe, the least they can do is to try to also keep those incoming migrants healthy.

However, by doing so, aren’t they also just endorsing even more illegal immigration?

I mean, this really is no different than the federal plans to give out monies and services to immigrants who can’t afford it first before even attempting to give American citizens the care and support they need.

At the end of the day, immigrants see a country that will literally pay them, give them shelter, food, healthcare, and all sorts of other benefits just to break their laws. Meanwhile, those who have abided by our laws for decades and even fought for our freedoms are left to wither in the sun and cold.

American citizens in places like New York City have had to wait in line for COVID tests and shots for up to four hours before even being seen. And those who finally reached the front of the line and were white were sent right back to the end.

But if you’re an immigrant coming in illegally, you can be tested, vaccinated, and given free room and board to isolate yourself on any given day of the week.

And Newsom wants to do that even more.

Well, according to Biden, the plan is quite simple, we need more racial diversity in the US, and so we need to let more and more immigrants in until those who have been here for generations and built legacies here are either pushed out or killed off.

And yes, he actually said that once, back when he was Barack Obama’s vice president and presumably in a much better frame of mind. As Tucker Carlson explained recently, Biden said that white DNA was not our nation’s strength, and so we needed to replace that with something else, namely a people likely to be more obedient to the powers that be.

Enter the age of the immigration crisis, which, if you didn’t know, has been looming, well, since Obama was president. And yet, we are supposed to believe that it was Trump’s strict border policies that have led to our disaster?

As anyone in their right mind can see, it has only been the political left who has boasted of diversity, all while ostracizing those who don’t think or believe like them.