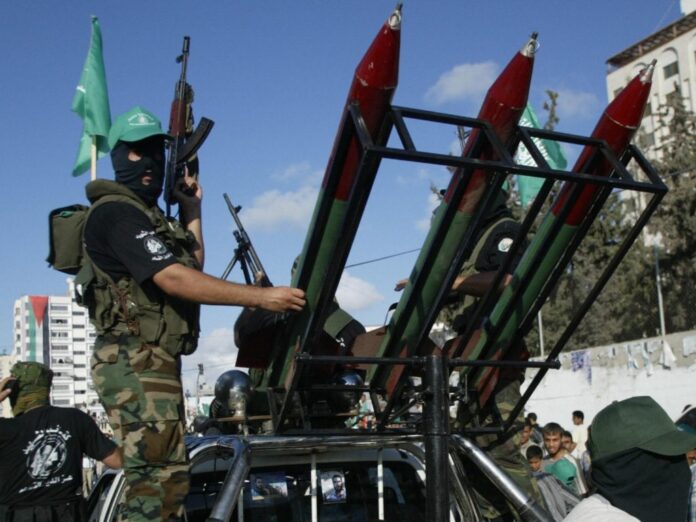 The Israeli Defense Force (IDF) concluded Wednesday that an airstrike on the first day of fighting that killed a family of eight in the Beit Hanoun area was not an Israeli operation, but a Palestinian rocket gone awry, a frequent occurrence in the ongoing war.

Israeli military officials say a mysterious explosion that killed eight members of a Palestinian family on the first day of the current round of fighting in the Gaza Strip was caused by a misfired Palestinian rocket, not an Israeli airstrike.

Lt. Col. Jonathan Conricus, a military spokesman, said the rocket was launched in Gaza and fell inside Gaza and killed “almost an entire family.” Conricus added that “this wasn’t an Israeli attack.”

A senior military officer on Wednesday said the incident was investigated, and Israel did not strike the Beit Hanoun area where the family members were killed that night.

The officer said a total of 700 rockets — roughly one-fifth of the total launched by Palestinian militants — failed to reach Israel and landed inside Gaza. He provided no further estimates on how many Palestinians had been harmed by errant rocket fire. The officer spoke on condition of anonymity under military briefing guidelines.

For more than a decade, human rights organizations have recognized that Palestinian rockets aimed at Israeli civilians — itself a war crime — also put Palestinian civilians in danger. Human Rights Watch — which is considered to have an anti-Israel bias — noted in 2009:

The unpredictable nature of the crude rockets has meant that rockets have struck areas not only inside Israel but also inside Gaza; on December 26 a rocket hit a house in Beit Lahiya, killing two Palestinian girls, ages 5 and 12. In addition, Hamas and other Palestinian armed groups have frequently violated the laws of war by firing rockets from within populated areas. In doing so, they failed to take all feasible precautions to avoid placing military targets within densely populated areas, such as by removing civilians under their control from the vicinity of military targets, and protecting civilians from the danger resulting from military operations.

The conflict continued Wednesday, with Hamas launching another barrage of rockets at Israel’s southern cities.