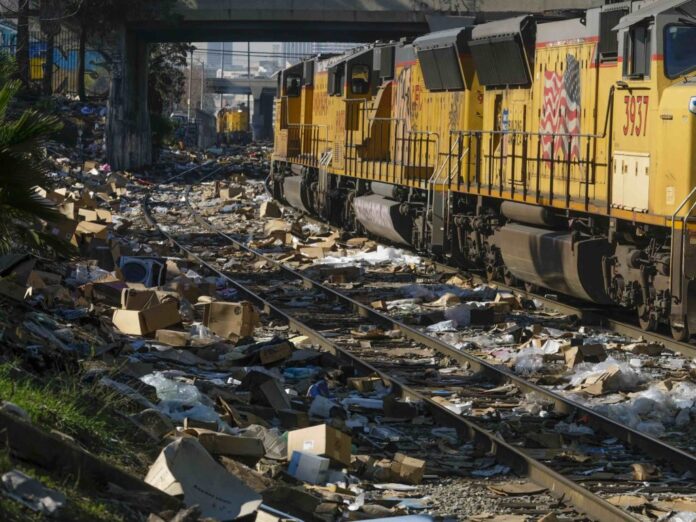 As Breitbart News reported last week, viral video showed thousands of packages littered across the train tracks along a stretch of Union Pacific rail near downtown Los Angeles, the result of thieves looting from the trains as they slow down.

Over the weekend, a train derailed near the area where looting has been taking place, though it was not certain that the derailment was related to the cargo debris littered across the tracks.

Last week, Secretary Buttigieg appeared in Los Angeles to claim credit for what he claimed were improvements to the supply chain crisis at the ports. He did not mention the rail looting.

US Department of Transportation Secretary Pete Buttigieg speaks after a tour of the Ports of Los Angeles and Long Beach during a press conference at the Port of Long Beach on January 11, 2022 in Long Beach, California. (Photo by Patrick T. FALLON / AFP) (Photo by PATRICK T. FALLON/AFP via Getty Images)

No other mentions of the looting appear on the Department of Transportation website, nor on Buttigieg’s Twitter feed.

Buttigieg was criticized last year for taking two months’ parental leave without notice as cargo traffic piled up at the nation’s ports.