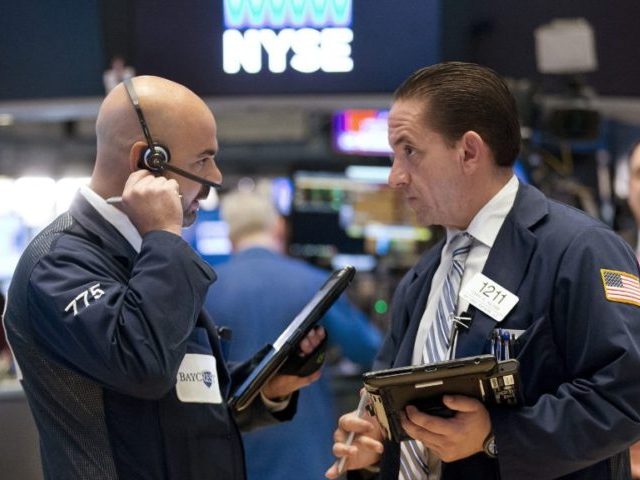 White House Press Secretary Jen Psaki told reporters on Tuesday that President Joe Biden “believes that everyone should be held to the highest standard,” but did not say whether the president supports or opposes a ban on congressional stock trading.

“He’ll let members of leadership in Congress and members of Congress determine what the rules should be,” Psaki continued. Although she did not reveal Biden’s position, she explained that Biden had not traded individual stocks during his 36 years in the U.S. Senate.

The STOCK Act, which requires members of Congress to disclose their trades above $1,000, was signed into law in 2012 after Breitbart News senior contributor Peter Schweizer exposed corruption in his book Throw Them All Out.

Senators Jon Ossoff (D-CA) and Mark Kelly (D-AZ) introduced the Ban Congressional Stock Trading Act last week, which would require members of Congress and their families to put their stock portfolios into blind trusts. Kelly hopes the bill will “put an end to corrupt insider trading and ensure that leaders in Congress focus on delivering results for their constituents, not their stock portfolios.”

However, House Democrat leaders have come out against any proposed ban on congressional stock trading. House Speaker Nancy Pelosi (D-CA) told reporters last month that lawmakers “should be able to participate” in stock trading.

“We are a free-market economy. They should be able to participate in that,” Pelosi said. Pelosi is one of Congress’s wealthiest members because her husband, Paul, has a trading portfolio worth millions.

Pelosi’s opposition to a congressional stock trading ban conflicts with Americans’ views, as a recent poll found over three-quarters of voters think lawmakers and their spouses have an “unfair advantage” in the stock market.

However, one of Biden’s closest economic advisers said the proposed bans on congressional stock trading would be a good way to “restore faith in our institutions.”

There’s a lot of distrust and mistrust around how politics works, around the political process. One of the things that we need to do across the board is restore faith in our institutions, whether that be Congress and the legislative branch, whether that be the Fed and otherwise and so anything we can do to try to restore that faith, I think makes a lot of sense.”

White House assistant press secretary Emilie Simons later walked backed Reese’s comments, telling Business Insider, “As Brian said this morning, President Biden believes that all government agencies and officials, including independent agencies, should be held to the highest ethical standards, including the avoidance of any suggestion of conflicts of interest. At this early point in the legislative process, the White House has not endorsed any bill text.”