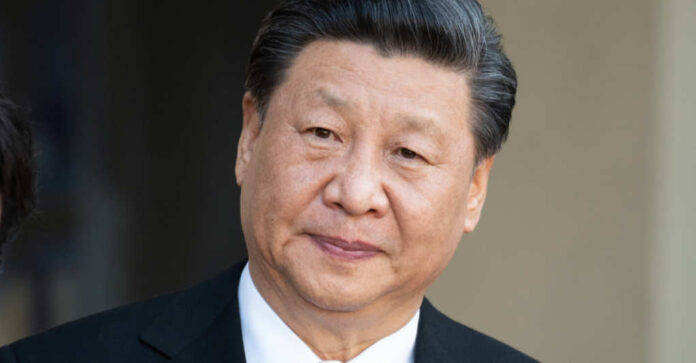 Chinese President Xi Jinping said the jokes over concerning COVID-19. Without having to admit it China has proven its deadly biological capabilities to the world, but since they don’t know how to stop what they started, Xi has had to regrettably ask for help. To prove his sincerity in wishing to put aside what he referred to as a “Cold-War mentality,” the Chinese leader has offered to ship out one billion doses of vaccine to wherever they’re needed the most.

But let’s not be overly hasty in assuming that Communist China has turned over a new tea leaf. Geopolitical tensions are at an all-time high which means less powerful nations are weighing their options. They care less about the government structure of a powerhouse country than they do about the benefits their own country stands to gain, and Xi is deceitfully in ‘pick China’ mode.

Chinese officials are using the virus to their advantage, and with all due respect, they’re proving to be a more than worthy opponent. Since Joe Biden is tangled up in his own domestic web of nightmares, some of which the Chinese had a hand in creating, China has extended its heartfelt hand of mercy to the poorer indigents of the world, with the fullest concentration on those that the U.S. has seemingly abandoned. Genius by any standards.

Xi is using the virus as a means of opening other gates. He said China, rated as the top world polluter releasing over 10,065 million tons of CO2 into the atmosphere annually, wants to join hands in the fight against what they’ve had the biggest hand in creating, climate control. Something they’ve never given two hoots about.

Since coronavirus showed up on the scene in early 2020, Xi hasn’t left China. He hasn’t wanted or needed to. The virus has enabled him to spread diplomacy from the comfort of his ivory palace. What says “we love you” more than a planeload of some fresh vaccine?

Xi bragged how China has already provided over 2 billion doses of COVID-19 vaccine to at least 120 countries. Of the additional 1 billion China is preparing to export, 600 million are earmarked for African nations, while 150 million will find their way to Southeast Asia.

By an embarrassing comparison, the United Nations-backed COVAX program has only shipped 1 billion doses total to impoverished or developing countries, and this has played straight into Xi’s tarnished hands exactly how he had planned.

Could China have already produced a vaccine even prior to the release of the deadly coronavirus? Is this why they have such an abundance of it to share? If so, not immediately releasing it was a win/win. It gained them favor with the right countries and it helped in their ever continuing battle against population control. You gotta thin out the herd somehow.

Xi’s words are coming at a time when tensions couldn’t be worse between the U.S. and China. Things like Taiwan, the enslavement of Ughyr Muslims, and the South China Sea keep getting in the way of progress. So naturally, Xi is grabbing the golden dragon by the tail and working it.

Here’s what he said. “We need to discard Cold War mentality and seek peaceful coexistence and win-win outcomes. Our world today is far from being tranquil. Protectionism and unilateralism can protect no one. They ultimately hurt the interests of others as well as one’s own. Even worse are the practices of hegemony and bullying, which run counter to the tide of history. A zero-sum approach that enlarges one’s own gain at the expense of others will not help. The right way forward for humanity is peaceful development and win-win cooperation.”

Interpret the man’s words at your own discretion, but not before you do a brief Google search of his history. You can fool some of the people some of the time…