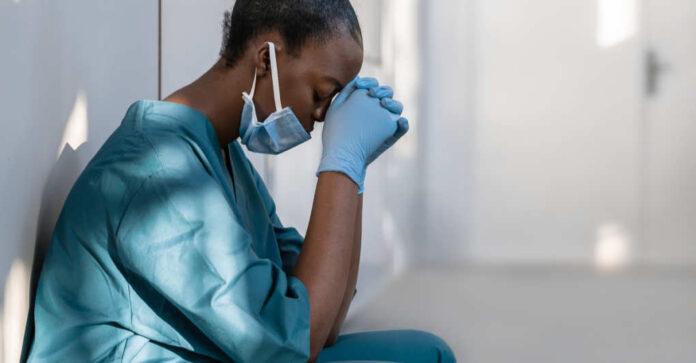 The Supreme Court blocked President Biden’s vaccine mandate for U.S. businesses with 100 or more employees. But in a 5-4 decision, the high court upheld the Centers for Medicare and Medicaid Services (CMS) vaccine mandate.

This law for the vaccine mandate covers about 10 million healthcare workers who are working at about 76,000 hospitals, nursing homes, and various healthcare facilities. The case argued by the CMS was large that the government had the ability to mandate the vaccine because it revolved around facilities that received Medicare and Medicaid funding.

The Supreme Court ruling noted that health providers taking the right steps to avoid transmitting a dangerous virus to their patients is consistent with one of health care’s fundamental principles: first, do no harm.

The court gave this explanation in their ruling, “In November 2021, the Secretary announced that to receive Medicare and Medicaid funding, participating facilities must ensure that their staff—unless exempt for medical or religious reasons—are vaccinated against COVID–19. Two District Courts enjoined enforcement of the rule, and the Government now asks us to stay those injunctions. Agreeing that it is entitled to such relief, we grant the applications.”

This means that healthcare workers all across the country have until the end of February to comply with the mandate.

Judge Clarence Thomas argued in his dissent that CMS does not have the authority to force healthcare workers to take the vaccine.

Thomas wrote, “These cases are not about the efficacy or importance of COVID–19 vaccines. They are only about whether CMS has the statutory authority to force healthcare workers, by coercing their employers, to undergo a medical procedure they do not want and cannot undo.”

This case has caused great concern because of the worker shortages at many healthcare facilities. Mayo Clinic let go of approximately 700 of its employees because of the vaccine mandate earlier this month.

Some experts have indicated that the vaccine mandate could result in huge employee losses and even force the closure of facilities due to employee shortages.

A McKnight’s Long-Term Care News survey from December of 2021 found 75% of U.S. nursing homes were restricting admissions because of staffing shortages or related pandemic issues in 2021.

The Supreme Court allowed for the CMS mandate on vaccines but blocked the mandate for businesses with 100 or more employees. The Wall Street Journal reported that the Supreme Court was not considering the full merits of the administration’s mandates. Instead, they were hearing the cases on an emergency basis to make the decision on whether the regulations could go into effect while more intricate litigation was happening in the lower courts.

President Joe Biden said in a statement that he was disappointed that the Supreme Court chose to block a life-saving requirement for employees at large businesses. He said it was now up to states and individual employees to make the workplace as safe as possible. And he noted that the High Court ruled that his administration could not use the authority that was granted by Congress to require this measure.