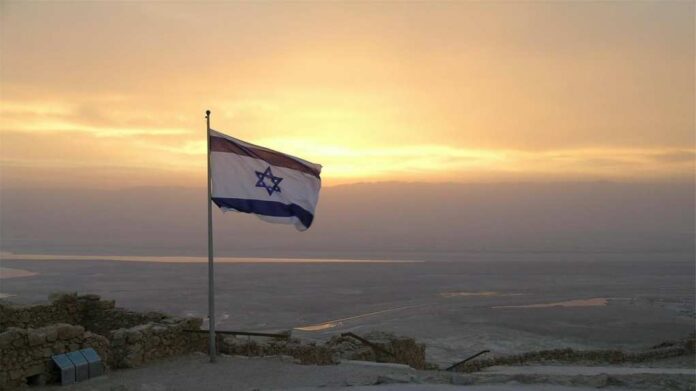 Israel is a nation that sits in the middle of its enemies. The Muslims who inhabit that region of the world hate that a tiny nation with Biblical claims to the land has infiltrated their domain. Hamas is one group of many that would love to see the Jewish people blown into the sea. The thousands of rockets fired over the border have come from people who hate life and want nothing to do with those living in Israel.

The Israel Defense Force has taken the fight to Hamas. They have targeted the terrorists without support from Joe Biden and his filthy Democratic Party. Many of them believe Israel should not be defending their people. But instead should move out and let Hamas move right on in.

Hamas has killed several civilians and wounded over 500 people. They have targets schools, hospitals, motor transportation, and other innocent locations. The Democratic Party should be condemning their actions. But instead, they demand that Israel stop their attacks. They demand that Israel give up their land to a group of people that have killed thousands of civilians throughout the years. And they have no intention of stopping.

The IDF is doing what any other army would do if their country were being attacked. They would defend their people. They have taken the fight from Hamas to their streets and terrorist headquarters. Their targets are limited to rocket sites, terrorist facilities, and other locations.

Israel noted that “In a 40-minute long air campaign which began around midnight, some 160 aircraft dropped over 450 missiles on 150 targets belonging to a network of tunnels dug by the terror group known as ‘the Metro’ under Gaza city. Israeli tanks, artillery cannons, and troops from the Golani brigade stationed along the border also carried out barrages towards Hamas targets when they came out to attack Israeli targets. A total of some 500 artillery shells and another 50 tank shells were used.”

The Jewish people are tired of the attacks. Groups like Hamas attack when they have the Iranian supplied weaponry and then cry for peace when Israel destroys them. But this time around, Israel makes sure that they cannot just rearm themselves and start again.

And this action is what is driving the Democrats mad. They believe Israel should stop and let terrorists rearm so they can attack again.

Hamas is reporting that over a hundred of their people are dead with more wounded. They claim that Israel has targeted their kids and other facilities that are not military sites. But their words cannot be trusted as they are known liars and want to play on the international support for their cause. But only the dumb Democrats would ever fall for such a ploy.

It is not uncommon for one group of liars such as Hamas to attract another group of liars to their cause, like the Democrats. Israel noted that “Of the 1,750+ rockets that they have fired since Monday, 300 misfired and exploded inside Gaza, killing and injuring innocent Gazans in the vicinity. This is because Hamas and Islamic Jihad deliberately place rocket launchers and military sites within densely populated civilian areas in the Gaza Strip. In addition, when the IDF warns Gazan civilians to evacuate, Hamas and Islamic Jihad encourage civilians to stay instead.”

Hamas deliberately puts its people in harm’s way for publicity. They want their people dead so that they can justify their attacks against Israel.

The free world is standing with Israel. The Austrian people and Germany have thrown their support into the ring for them to defend themselves. It is time for Joe Biden to stop throwing words of support and start putting that support into action with helping the Jewish people.

The German Chancellor, Angela Merkel, stated that “Anyone who attacks a synagogue or defiles Jewish symbols shows that for them it is not about criticizing a state or the policies of a government, but about aggression and hate towards a religion and the people who belong to it. Our democracy will not tolerate antisemitic demonstrations.” Israel has the right to defend its people.