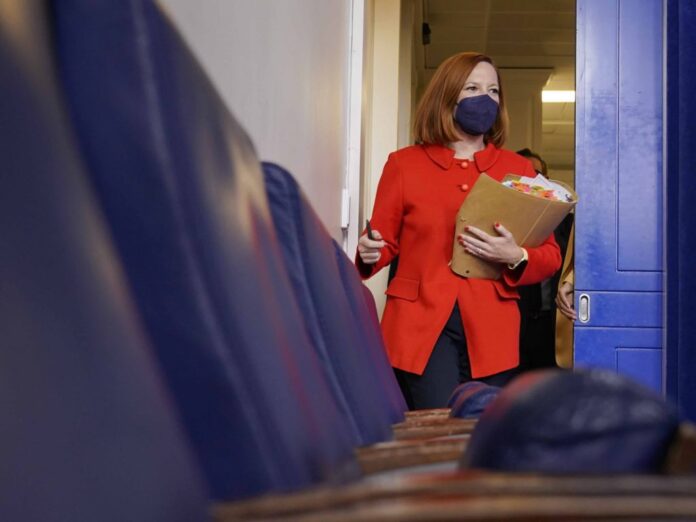 As Breitbart News reported, Biden revealed that he expected Russian President Vladimir Putin to invade Ukraine: “[H]e will move in, he has to do something.” Biden also suggested that the U.S. and NATO might not respond to a “minor incursion.”

Even CNN was aghast, reporting that Ukrainian officials — meeting at that moment in Kyiv with Secretary of State Anthony Blinken — watched with “horror” as Biden appeared to to have given the “green light” to Putin to invade their country.

President Biden has been clear with the Russian President: If any Russian military forces move across the Ukrainian border, that’s a renewed invasion, and it will be met with a swift, severe, and united response from the United States and our Allies. President Biden also knows from long experience that the Russians have an extensive playbook of aggression short of military action, including cyberattacks and paramilitary tactics. And he affirmed today that those acts of Russian aggression will be met with a decisive, reciprocal, and united response.

As numerous observers noted, Psaki attempted to sound tough, but essentially reiterated that the U.S. would distinguish between a larger Russian military invasion and “aggression short of military action.”

Biden and the Democrats campaigned on the idea that President Donald Trump was too friendly to Putin — though Trump had armed the Ukrainians — and promised to stand with U.S. allies against Russia, despite Democrats’ weak past record.