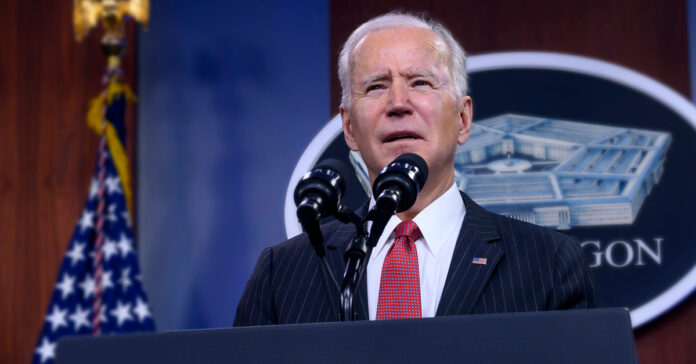 The moment that President Biden stepped into the Oval Office in 2021, he began writing executive orders. He reversed virtually everything that former president Donald Trump did across four years of the presidency.

Yet, somehow, everything that is wrong with foreign policy right now is being blamed on Trump.

Biden and the rest of his liberal goons are simply unable to accept any kind of blame. They point the finger repeatedly at Trump because it’s easier. And yet, the only way that foreign policies are going to get any better is if Biden suddenly remembers that he’s the president and does something to make improvements.

Jake Sullivan, the White House National Security Advisor was recently on “Face the Nation” to point the finger at Trump, saying that a “catastrophic mistake” was made when the U.S. was pulled from the Iran nuclear deal.

It wasn’t a catastrophic mistake, though, because Iran didn’t want to play by the rules.

And, if Iran were going to play by the rules of the deal, they would have had no problem entering into a new deal with President Biden. Yet, Biden has been unable to even get the Iranian government back to the negotiating table. Biden has failed in foreign policy since the moment he took office.

Sullivan wants to say that “the reason we are in the situation we’re in right now is that the previous administration pulled out of the Iran nuclear deal.”

Sullivan is either stupid or covering for a stupid administration. Iran was going to do what it wanted regardless of whether it was part of a deal or not. It was going to break the rules and develop nuclear weapons because it wants to be able to defend itself and become a tyrannical government like others in the world, including North Korea and Russia.

Iran is closing in on its ability to produce a weapon of mass destruction.

The real problem is that Biden has an inability to make a convincing threat. He is all talk and no show – and every world leader knows that to be true. So, since Biden can’t offer a threat that can be taken seriously by the Iranian government, we’re in a situation where Iran is about to go nuclear.

It has nothing to do with what Trump did.

This is typical of the Biden administration. Everything is Trump’s fault: illegal immigration, climate change, inflation, COVID…it’s all Trump’s fault because Biden can do no wrong.

If we want Iran to fear the U.S., we need to give them a reason to fear us.