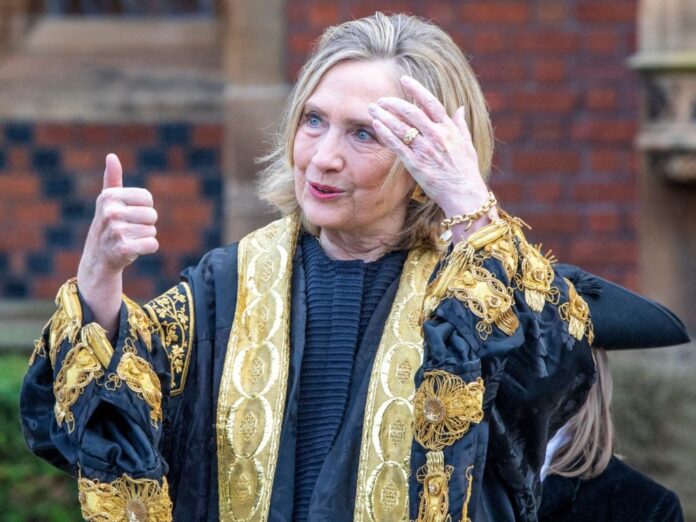 Posobiec remarked, “Hillary Clinton – mark my words – is putting together a potential exploratory campaign to either primary Joe Biden – I’ve been reporting on this at Human Events for over a month, now – to either primary him or run if he does not run.”

He remarked, “That’s how bad the Democrats’ bench is. It’s so bad. … They have nowhere else to turn to. Hillary Clinton being the famous – infamous – opportunist that she is, is looking at this situation, she’s reading the tea leaves, and she’s saying, ‘You know what? I can come in and I can beat them in a primary,’ and she might just be right.”

Republicans should not expect to cruise to midterm victories of congressional majorities without an affirmative vision beyond mere opposition to Democrats’ leftist politics, Posobiec held.

“[Republicans] seem very content to rest on their laurels and ride to victory over the back of Joe Biden and his failures,” he said. “That’s all well and good, but at the same time … if Republicans want to stick the landing, they need to have a strategy to govern from day one, and I haven’t seen that yet, whether it be from Kevin McCarthy or from the Freedom Caucus. I haven’t seen that Republican plan, that conservative agenda to say, ‘We are going to return the country to normalcy.'”

The Breitbart News Daily podcast is available for listening and download via Apple Podcasts, Google Podcasts, Spotify, and Amazon Music.