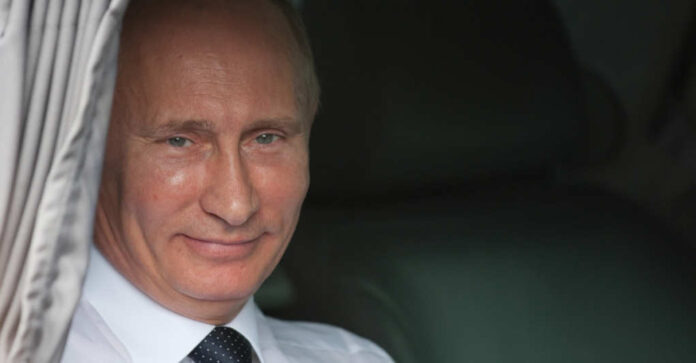 Thanks to Democratic President Joe Biden, the United States has become a laughing stock and a pushover over the last year. And nothing proves that more than recent foreign relationships with nations such as China and Russia.

Russia, in particular, seems to think they can start making demands of the US and its allies. Hell, they are now even threatening the US, believing her to be weak enough to either acquiesce to their requests or to lose should war ensue.

The latest thinly veiled threat came last week from Russia’s Deputy Foreign Minister Sergei Ryabkov. The diplomate refused to either confirm or deny that plans were possibly being made to deploy “military infrastructure” to either Cuba or Venezuela if the US did not soon comply with their most recent requests, namely that NATO would stop their expansion into areas near and surrounding the red nation, starting with Ukraine.

As Ryabkov said, further action on their part now “depends on the actions of our American colleagues,” according to The Wall Street Journal.

In the past weeks, the relationship between Russia and that of the US has become increasingly tense. The two nations have been conducting talks for those several weeks in response to the news that Putin has sent 100,000 troops to sit along their border with Ukraine. It is believed by US officials that Russia is once again trying to expand its power, as they did in 2014 with their annexation of the Crimea territory in Ukraine.

However, Russia says the moves are a response to NATO expanding their own power closer to Russian territories, with supposedly goes against a 1990s agreement made between Russia, the US, and NATO.

As Putin spokesman Dmitry Peskov told CNN on Sunday, “When Germany was reunited (in 1990), and when the then-Soviet Union and the Soviet Union leader Mr. (Mikhail) Gorbachev said OK to that, there was a promise by American side… there was a guarantee that NATO would never… expand its military infrastructure or political infrastructure eastwards.”

He further explained that because NATO has moved eastward over the years, now into Ukrainian territory, they have broken their promise. And Russia cannot continue to “tolerate it anymore.” So they have made moves to protect themselves, supposedly.

And according to Putin himself, Russia is ready and willing to attack both Ukraine and possibly send missiles and such to nations closer to the US, as mentioned above.

That is as long as the US continues to refuse to stop NATO’s expansion, along with a few other things.

According to The Wall Street Journal, Putin also wants the US to promise that Ukraine will never join NATO and military deployments near either Russia or former Soviet republics are curbed.

However, there is one rather important thing to take note of here.