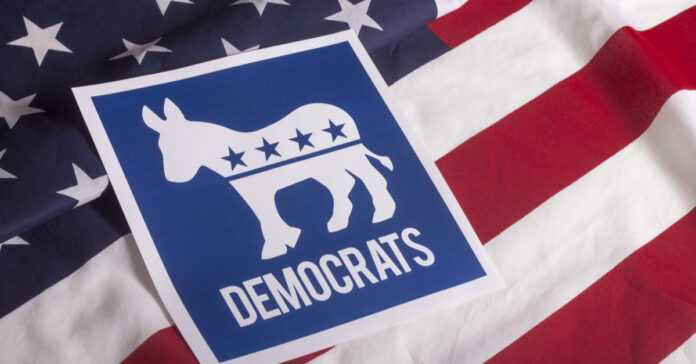 Keeping the tradition alive, Democrats are doing everything they can to try and save face before the 2022 midterm elections. Their latest effort comes in the form of a massive push for federal election reform. This is a subject that not only has no bearing being brought up at this point, but it’s also a push for reform in the wrong direction. Republican National Committee chairwoman Ronna McDaniel and National Republican Senatorial Committee chairman Sen. Rick Scott (R-FL) absolutely tore into the latest proposal from the Democrats while on a call with reporters.

While speaking of the Freedom to Vote Act McDaniel said “We call it the Freedom to Cheat Act. It eviscerates state voter ID laws, which 36 states have passed. This bill eliminates states’ more secure voter ID requirements, replacing them with a process that is rife with fraud.” This comes as no surprise as Democrats keep making up issues that simply do not exist within the voting process while also allowing noncitizens to vote in numerous parts of the country. While they are not ‘allowed’ to vote for specific offices and causes, nothing is really in place to prevent that from happening anyways.

As the Democrats push for looser ID laws in states that require them, they are asking for forms of ID that require no photo to be allowed for voting purposes. There is no need for this to happen anywhere in the country. Even in the remote parts of our country, it is easy enough to get proper identification. If it’s a question of affordability, there are programs to help with that cost.

Georgia has been the epicenter of these new laws. In a state where many said new voter id laws and redistricting made voting incredibly difficult, they had people coming from the polls saying it was easy, and they received a flawless score in their voter ID laws. While the Election Integrity Act was a big part of this, it kept the votes safe and properly accounted for.

Democrats like Stacey Abrams and President Biden misrepresented the law, and in turn, caused massive outrage and boycotts from the Atlanta Braves over the issue. This in turn cost the city and the state massively. As McDaniel explained to the Washington Post “Georgians lost out on $100 million in projected revenue. Businesses that had been struggling through the pandemic who were counting on that revenue lost out because of lies told by Joe Biden and Democrats about the Georgia law. Everything they said was a lie.”

The Freedom to Vote Act from Democrats has the power to irrevocably change the voting landscape. Among other changes, the act would force 29 states to adopt same-day voter registration capabilities, and it would restore the voting rights of violent felons. As it stands now in many states felons can apply to have their voting rights restored after a certain period. That all depends on their conviction and multiple other factors.

An idea like allowing people to vote without ID makes no sense. You need to prove your age to purchase age-restricted products. You need to produce an ID upon request from law enforcement if you are operating an automobile. You need an ID to travel via airplane. You also need one to purchase a firearm. So why shouldn’t you need one to cast a ballot? The pen is indeed mightier than the sword, and these votes can have repercussions that can last decades when the wrong person is elected to office.