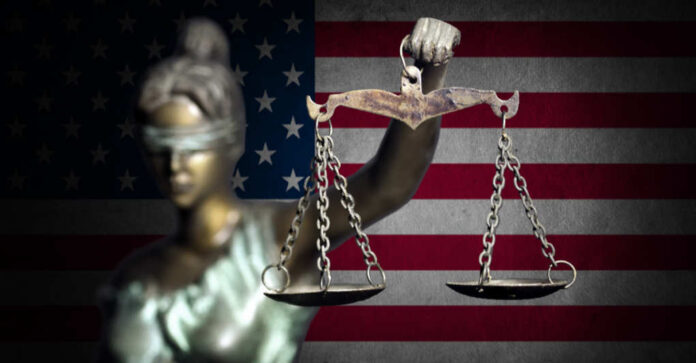 As you well know, the issue of masking up or not masking is being hotly debated all around the nation. And that even includes in the Supreme Court. Mind you; there is no actual case on the matter.

Instead, it’s simply that the nine justices can’t seem to agree on a one size fits all decision.

Surprisingly, the most liberal of the justices, Sonia Sotomayor, is pushing for masks all around.

Now, to be clear, Sotomayor does have diabetes and, as such, may be quite a bit more “at-risk” than some of her colleagues when it comes to contracting the COVID-19 virus and any of its variants. However, she is fully vaccinated and boostered, as are her colleagues. And since the pandemic arrived, she has done a good job of masking up on almost every occasion.

As Nina Totenberg, NPR’s SCOTUS correspondent, reported, Sotomayor has actually been the only justice to wear a mask “since last fall when, amid a marked decline in COVID-19 cases, the justices resumed in-person arguments.”

In contrast, conservative Justice Neil Gorsuch, and Sotomayor bench neighbor, has been the only one to breathe freely since that time.

But now, with a supposed omicron surge on our hands, the two are going head-to-head in what is becoming a rather heated argument on whether they should all mask up or not.

As Omicron made its debut and is now spreading like wildfire, Sotomayor apparently became uncomfortable “in close proximity to people who were unmasked,” Totenberg reported. The reporter explained that because of Sotomayor’s condition, she asked Chief Justice John Roberts to ask the other justices to mask up whenever working together. And for the sake of compliance, if nothing else, most have given in.

In response, Sotomayor has simply refused to come to work, at least in person. The last time she was called upon to be present, she phoned in, refusing to sit next to the unmasked Gorsuch. In addition, for the justices’ weekly conferences, Sotomayor has also chosen to attend via the comfort of her own home and microphone.

Now, last week, CNBC noted that Sotomayor was not the only justice to attend remotely. Justice Stephen Breyer also appeared through a screen. However, his very viable excuse is that he is 1) age 83 and 2) received a false positive COVID test last week. As such, he was sitting the in-person part out just to be safe.

On the other hand, Sotomayor simply refuses to be there in person for one of two reasons, neither of which seems adequate.

The first is that as a diabetic, she is truly terrified of getting COVID and becoming deathly ill. However, this would mean that she doesn’t believe in the supposed effectiveness of the two vaccinations she has gotten, as well as the booster shot she’s received. And being a woman who has gone on and on about the need for vaccines nationwide, young and old, that seems to be rather unlikely. That is, of course, unless these vaccines are merely a means to an end for the political left and nothing that actually works.

It must also mean that she doesn’t believe either her mask or the masks of the seven other justices besides Gorsuch will work to protect her. Again, why the constant push for them, then?

The only other reason is that she is simply defiant because she’s not getting her way. So instead of coming to work as usual and trusting in the science that she says she wholeheartedly endorses, she’d rather behave like a child, refusing to sit next to a man who has different convictions and beliefs than she.

That hardly seems professional, does it?

But the bigger issue here is that in doing so, Sotomayor and her colleagues on the left are continuing to make the whole thing more about compliance than even the protocols or the science itself.

As I mentioned before, she wants each and every American to be vaccinated. And yet, she apparently doesn’t trust that those vaccinations, either hers or Gorsuch’s, will keep her from getting the disease if they are to be in the same room. Where is the science in that?

As I said, neither reasoning is all that reliable. And both speak to a significant error in reason.

And yet, the left wonders why more and more Americans are finding it hard to trust them… hmmm.