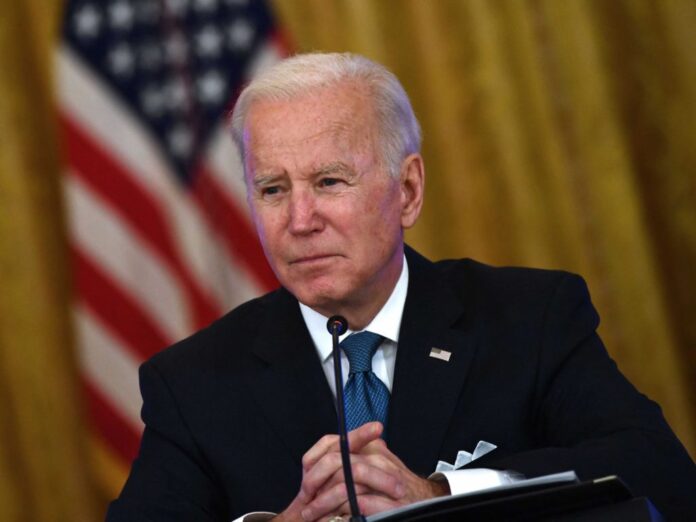 The hot mic occurred during a White House press conference Monday afternoon when Peter Doocy asked the president if rising inflation will severely hurt the Democrats in the coming mid-terms.

“Do you think inflation is a political liability in the mid-terms?” Doocy asked the president.

“It’s a great asset,” the president sarcastically responded. “More inflation. What a stupid son of a bitch.”

Doocy took the insult in stride, later joking that no one had “fact checked” the president’s claim. On Fox News’ Hannity, Doocy revealed that the president had called him to tell him the insult was not “personal,” though he stopped short of saying that Biden had apologized.

Biden’s insult was only the latest example of an irascible attitude toward the press that has dogged him throughout his media career. Last week, for example, he snapped at a reporter during a press conference: “I assume you got into journalism because you liked to write.”

The media helped Biden conceal that thin-skinned attitude on the campaign trail, when they portrayed him as a foil to then-President Donald Trump.

In a statement on World Press Freedom Day in May 2020, Biden attacked Trump and promised never to “bully” the media:

Trump deflects legitimate questions with attacks. He bullies and berates individual members of the press, rather than take responsibility for his failures of leadership. His efforts to undermine public confidence in the integrity of fact-based reporting violate our core American values and threaten our very system of government. And, it is particularly offensive to see the White House seek to spread misinformation and bully reporters in the midst of a global pandemic.

As President, I will restore a relationship with the independent press that is grounded in mutual respect, even — and especially when — they critique policies or positions of my administration. In a Biden White House, there will be no bullying of the media from the press room podium or by tweet. We will have regular, fact-based briefings across my Administration’s major departments and agencies. We must return to civility and transparency in America’s civic discourse.

Critics on social media noted the hypocrisy of the establishment media, which largely brushed off Biden’s attack on Doocy — but treated every such exchange with Trump as a grave threat to the First Amendment. They also praised Doocy for treating the event as a minor skirmish rather than portraying himself as a victim, as CNN’s Jim Acosta and others did under Trump.