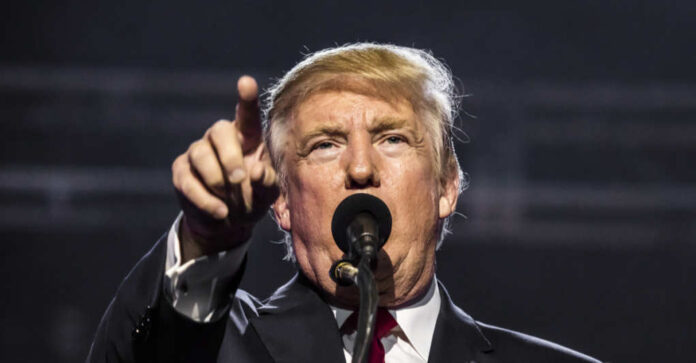 As the investigation into the January 6th, 2020, insurrection continues along, we are finding more and more people being investigated and more info being released about the events of that day. With much of it being released as secondhand information, it is impossible to fully trust what is being put out. However much of the day remains indisputable, yet none of the indisputable facts make Trump the bad guy. The uninformed; maybe. The willfully ignorant; you bet. The leader of a full tribe of people tired of the current political climate; you can guarantee it.

With the information pouring out almost nonstop about that day, it is almost impossible to keep up with the latest ideas and news. Especially when so much of it is contradictory. One fact that is indisputable is the complete lack of heavy security or the military. National Guard troops would have been crucial and instrumental that day and could have potentially prevented insurrection.

Now former President Trump is speaking up about the events of that day as the progressives are trying to find ways to charge him. “So, I felt that was going to happen — at the rally, or whatever you want to call it. The people listening to the speeches, a lot of different people, and they were also making speeches the night before. And there was a lot of love there. Believe me, there was a lot of love, and a lot of friendship, and people that love our country. These are great people.”

While this sounds a lot like Charlottesville part II, he has a point. There was a lot of love and friendship between these people. Many of them have been cyber buddies for years now because of Trump being President. They know what is going on in the world, and they wanted to see the US not getting caught up in these issues. Coming to the Capitol that day was a part of that commitment to keeping America free, and they wanted to deliver that message with conviction.

As Trump continued with his remarks, he knew this would be a big group delivering that message. “I felt there was going to be a very big crowd. And I said, you know, I think we should have 10,000. And Kash Patel, who’s a terrific guy, he said, maybe it should be 20. I said, maybe it should be 20. He remembers me saying 10 to 20. But I wanted to have soldiers or — and I wanted soldiers and/or National Guard, and Nancy Pelosi turned it down. And if she didn’t turn it down, you would not have had any problem. It would have just been absolutely a lovely day.”

It could have been a lovely day. If Pelosi had allowed the National Guard to be there with them, it certainly would have been a much more peaceful day. It also would have been more peaceful if the guards hadn’t just opened the doors and let them in like they were on a guided tour. However, it was not as bad as they made it seem. They stayed behind the velvet ropes. They didn’t topple the statues and they treated the building with the reverence it deserves.

Yes, as always you have some bad apples who tried to take things that didn’t belong to them, and others still who walked into offices they had zero business being in. These were the minority and not representative of the group at large. Much the same as the progressives love saying that the people robbing and looting during the protests are the outliers, so were these people. The biggest difference here is that the Government can and will always rebuild. Many of the family-owned businesses the progressive protesters destroyed cannot rebuild as insurance doesn’t always cover those incidents.