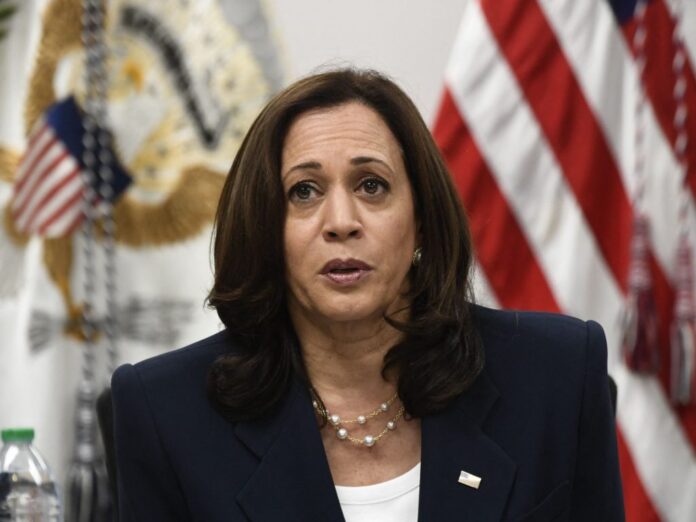 “Trafficking is an extremely heinous and profitable business,” Harris noted in a speech at a video set across the street from the White House in the Executive Office Building.

“When you increase the number of people being smuggled, the increase in trafficking goes along with that, so if they’re really, really serious not just about addressing and reacting to trafficking if they’re really serious about trying to prevent it, they’d secure our borders,” former acting Customs and Border Protection (CBP) Commissioner Mark Morgan said in a December interview with Fox News.

But Harris blamed the coronavirus for an increase in human trafficking.

“Experts suggest that the number of people at risk has also grown during COVID-19,” she said. “So we must address, with a sense of urgency, what is happening in our own backyard.”

“It undermines our own supply chain, displacing American workers, driving down American wages, and creating an unlevel playing field for responsible American businesses,” she said.

She called on all businesses and political leaders to unite to stamp out human trafficking.

“What was true then is true now: It will take all of us to address human trafficking,” she said.