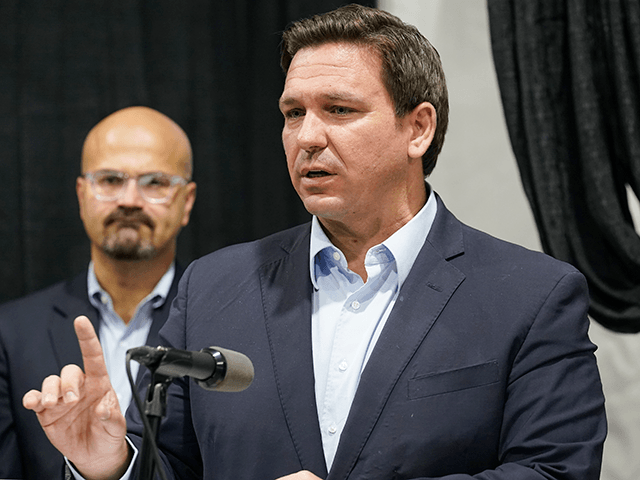 Governor Ron DeSantis (R-FL) dismissed claims of a feud between him and former President Donald Trump on Tuesday during an appearance on FNC’s “The Ingraham Angle.”

The Florida Republican governor argued the insinuation of friction between him and the former president was something of a media creation meant to distract from the struggles of President Joe Biden.

“The corporate media is trying to manufacture something where something doesn’t exist,” he said. “Look, when I ran for governor, he endorsed me when everyone said, don’t do it. And he had my back, and then when he ran for reelection, we had his back in Florida, raised a bunch of money. He had a great margin of victory in Florida. We see eye to eye on all of the big issues.”

“And so, I have zero, zero animosity or anything,” DeSantis added. “And they’re just trying to create divisions. And why are they doing that, Laura? Because they know Biden is failing. He had the worst first year of any president in the United States history since the 1800s. And they know he’s failing on all fronts. So, they’re trying to divert attention away from those failures and trying to create fissures in the Republican Party. That ain’t going to happen.”