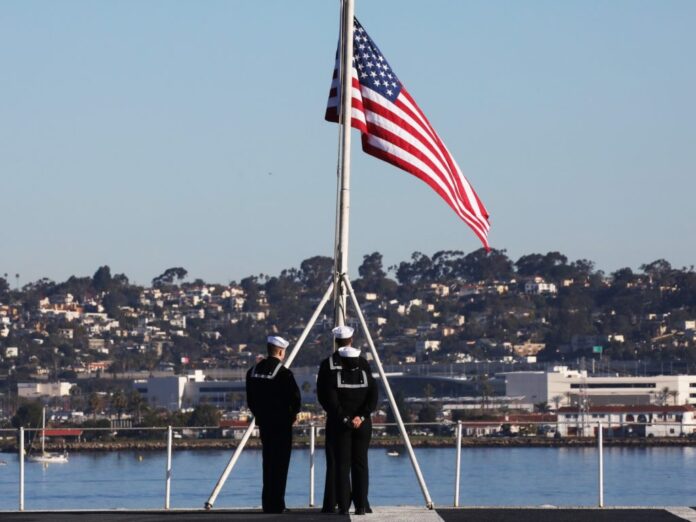 The personnel were released after failing to meet the November 28 deadline set by the Pentagon for the injection. Twenty-three active duty sailors were amongst those let go.

UPI reports the Navy said in a statement of those discharged, 22 were considered entry-level separations as they occurred during the initial training periods within their first 180 days of active service.

“It is my responsibility to deliver the most capable force and this guidance helps us maximize mission readiness,” Vice Adm. Bill Merz, the deputy chief of Naval Operations for Operations, Plans and Strategy, said in explaining the move. “The Navy continues to execute its mission around the world while we work through the challenges of this pandemic.”

People expelled for refusing the vaccine will receive a general honorable discharge, but could lose certain benefits or be forced to repay the cost of training and education in some cases, the Navy explained last year when announcing the compulsory vaccination program.

Incoming U.S. Navy plebes, or freshmen, wait to receive their name tags on Induction Day at the U.S. Naval Academy on June 30, 2021 in Annapolis, Maryland. Due to the COVID-19 pandemic, the Naval Academy’s Class of 2025 arrived over a two-day period. (Anna Moneymaker/Getty)

Navy personnel who can claim an exemption from mandatory vaccines, for health or other reasons, can be reassigned from their current duties.

As of Thursday, there were still 5,035 active-duty sailors and 2,860 reserve service members who were unvaccinated, the official notification read.

The Army is the only remaining service yet to have discharged any active duty personnel for refusing to have a mandatory shot, the Army Times notes.