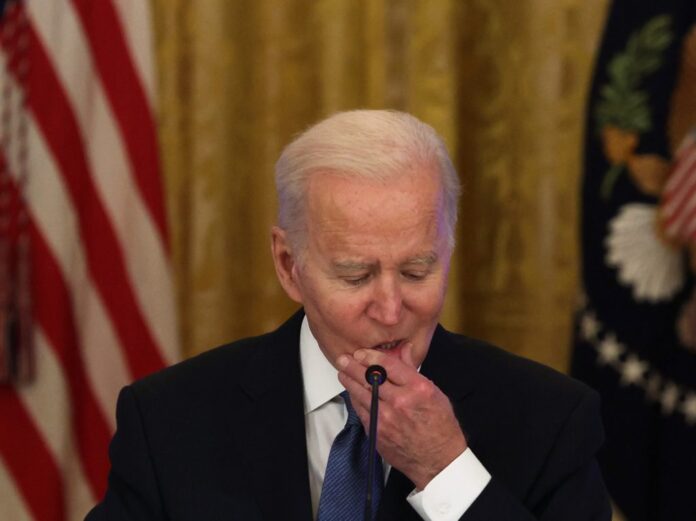 Republican state legislative candidates lead Democrats by 48 to 42 percent. More than half of those polled said they “would prefer a Republican candidate who would act as a check and balance on President Biden and his Democratic policies.” Just 40 percent of respondents would rather have a pro-Biden Democrat candidate in office.

The survey revealed 62 percent of likely voters believe the country is headed in the wrong direction. In addition, Americans trust Republican candidates to handle the top issues on their minds, like the economy, crime, and education. Democrats have a slight edge on lesser important issues like coronavirus and voting rights.

The “economy in general” is an important issue for 96 percent of likely voters, and inflation is on the minds of 95 percent of voters.

According to the poll, 74 percent of voters want their state legislates to pass laws that decrease gas and sales taxes amid rising inflation.

State Republicans similarly dominate Democrats when it comes to controlling crime and violence. Voters favor Republicans by a margin of 49 percent to 39 percent. This issue is important for 94 percent of those surveyed.

The poll also found that 67 percent of voters support school choice policies that give families more control to choose the best school for their children.