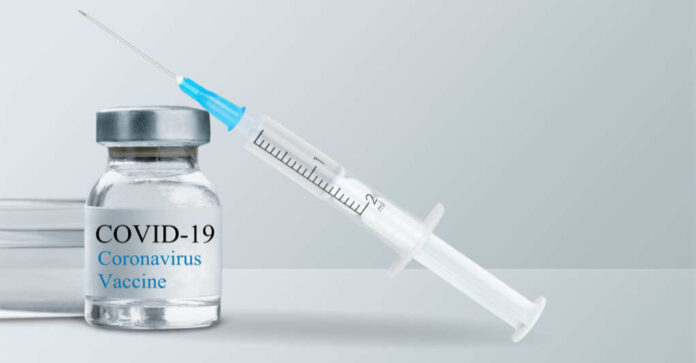 Dr. Fauci is a doctor first and foremost. However, he has had a chance to become a cultural icon throughout the pandemic. Now, instead of focusing on science, he focuses on what can keep him in the limelight as long as possible.

Each and every time we see Fauci’s face, we brace ourselves for the worst. He has chosen to fearmonger rather than to offer a message of hope. Even as members of Congress have pointed out Dr. Fauci’s flaws (you won’t want to miss out on the way Rand Paul goes after him), the doc still doesn’t bother to turn to science.

We’ve already heard how Israel fears a fourth shot will compromise immune systems. It means that a second booster shot is pretty much out of the realm of possibility. They’re following the science, and they don’t believe that another vaccination is going to up the antibodies needed to fight COVID. And, basically, a fourth shot does nothing to protect against Omicron.

There’s been a lot of science and research to go into the decision that Israel has come up with.

Now, let’s listen to what Dr. Fauci recently had to say about a fourth vaccine.

“We may need to boost again. That’s entirely conceivable, but before we make that decision about yet again another boost, we want to determine clearly what the durability of protection is of that regular boost, that third shot that we’re talking about.”

This was his response when he spoke with Martha Raddatz on ABC’s “This Week.” She asked him about the vaccines and boosters and whether we were going to need another one if the vaccines start to lose their effectiveness.

The problem with the way in which Dr. Fauci answers things is that he fear-mongers. He could simply say that he doesn’t know. Unfortunately, he admits that he doesn’t know about the durability of protection, which leaves many people wondering why they got a vaccine poked into their body if the level of protection isn’t even understood. Then he goes on to say that there’s the hope that we won’t need to keep getting boosted every six months.

In the end, though, he takes it a bit further by discussing what could happen – and there’s no science to those words. That’s why he’s been accused of fearmongering on countless occasions. Since there’s no way to know what the future holds because science isn’t there yet, there’s no need for him to get people worried.

He’s clearly never heard of the phrase “We’ll cross that bridge when we get to it.” He wants to do whatever he can to stay relevant, and that means that he’ll get people scared over what could happen instead of what is happening right now.

Since the messages have been so out of sync since the beginning of the pandemic, Fauci is struggling to get everyone on board his crazy train.

Dr. Fauci has to understand that pushing a fourth booster wouldn’t have much effect on the pandemic. Why? Fewer and fewer people believe the efficacy of the vaccines. There are more and more people getting COVID even though they’ve been vaccinated. And the number of people signing up for a second (or third or fourth) booster will be significantly less with each new booster.

Perhaps it’s time that Dr. Fauci step down since it’s clear that he’s not going to follow the science. His five minutes of fame are up…