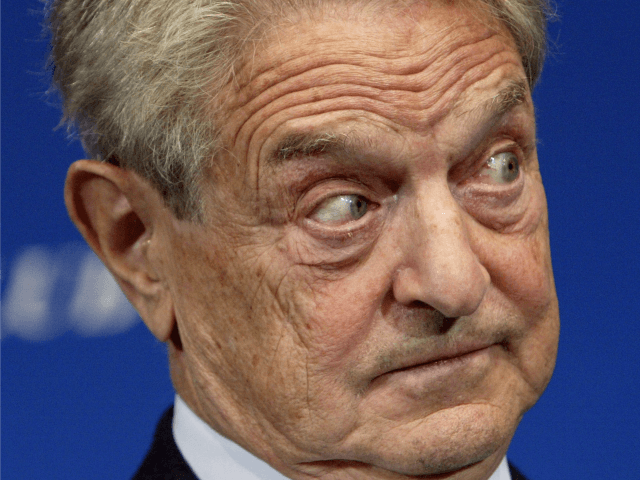 The donation will also likely be one of the largest political donations heading into the midterms.

Soros told the publication the “Democracy PAC” will be allocated to “causes and candidates” to strengthen the “infrastructure of American democracy: voting rights and civic participation, civil rights and liberties, and the rule of law.”

Soros, 91, will concede leadership of the PAC and allow his son Alexander Soros to serve as president.

Alexander Soros told Politico the PAC will be used as a weapon against those who “discredit and undermine our electoral process,” citing the “generational threat that cannot be addressed in just one or two election cycles.”

Speaker of the House Nancy Pelosi (D-CA) and Senate Minority Leader Chuck Schumer (D-NY) speak with each other at a press conference (Drew Angerer/Getty Images).

Soros is well-known for contributing great sums of money nationwide to local prosecutors to alter the criminal justice system in the name of “criminal justice reform.” Breitbart News reported:

The rise of these Soros-backed prosecutors has coincided with a massive surge in murder and crime in many Democrat-run cities, including many where these prosecutors have implemented radical policies toward policing and incarceration.

Most recently, for example, Los Angeles District Attorney George Gasc?n has faced criticism for his radical reforms in the year since he took office, while murders soared. “The city last year experienced 397 murders, up 11.8 percent from the 355 the previous year, and a 53.9 percent increase from the 258 in the pre-pandemic year of 2019,” Los Angeles magazine noted.