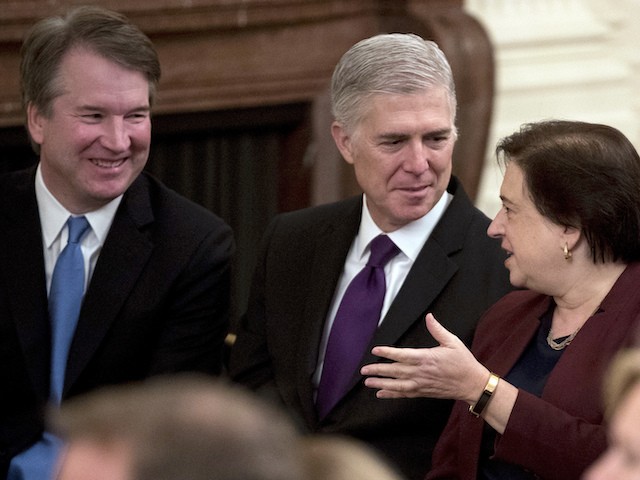 According to a Rasmussen poll released on Friday, 61 percent of 1,000 likely U.S. voters surveyed on Jan. 26-27 “believe picking justices on the basis of race and gender is a bad idea.” However, 26 percent think making race and gender the “basis of choosing appointments” is a good idea, and 14 percent are unsure. The margin of sampling error is +/- 3 percentage points with a 95 percent level of confidence.

The survey results coincide with Justice Stephen Breyer’s retirement announcement and President Joe Biden’s vow to nominate a black woman to replace Breyer on the bench. Biden originally committed to nominating a black woman to the Supreme Court — should the occasion arise — when he was campaigning for president in 2020. Biden on Thursday said he plans to announce a nominee by the end of February.

A majority of voters — 59 percent — expect Biden to follow through with his campaign promise to nominate someone based on their gender and race. Only 19 percent do not think he will follow through with a race-based nomination, and 21 percent are not sure. A majority of Republicans (52 percent), Democrats (72 percent), and unaffiliated voters (53 percent) expect Biden to nominate a black woman to the Supreme Court, however, Democrats are much more likely to approve of Biden letting race and gender define who he chooses.

Unsurprisingly, Biden’s strongest supporters are in favor of choosing justices based on race and gender.