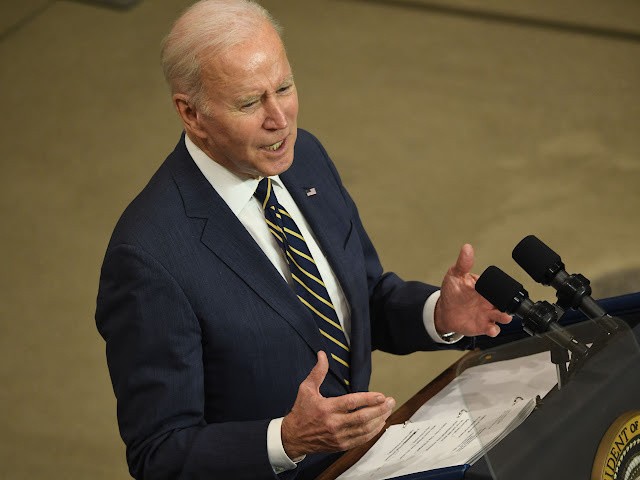 The president has been sharply criticized for his angry speeches on voting rights, comparing Republican and even Democrat senators to historical racists and segregationists.

“From day one, every action I’ve taken to rebuild the economy has been guided by one principle. Make it in America. Like we used to,” Biden said.

He praised Pittsburgh’s history of producing enormous amounts of steel, criticizing the 100,000 steel jobs lost between 1970 and 1990.

Biden did not mention his 1993 vote for NAFTA, which only further encouraged companies to outsource manufacturing jobs to Canada and Mexico. In 2000, Biden also voted to grant China permanent normal trading relations, paving the way for China to join the World Trade Organization.

The president did not call out Republicans specifically during his speech, after repeatedly complaining during a press conference last week about Republican senators and moderate Democrats blocking his massive $1.9 trillion social spending and climate change bill.

But Biden did get angry about the rising cost of insulin, blaming pharmaceutical companies for exploiting people who needed it.

“It strips you of your dignity, dammit!” he yelled, referring to parents who were struggling to pay for insulin.

“Imagine!” he said. “It’s outrageous. And we have an answer!” he said.