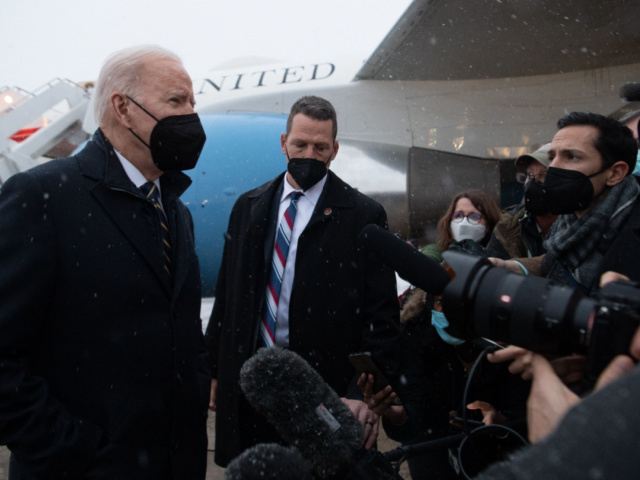 “I’ll be moving U.S. troops to Eastern Europe in the NATO countries in the near term. Not a lot,” Biden said when reporters asked him about the Ukrainian situation.

Biden’s announcement on Friday comes after reports last week that his administration was weighing deploying troops to the region.

Although Biden says there will be “not a lot” of troops moved to Eastern Europe, his Secretary of Defense, Lloyd Austin, placed 8,500 U.S. troops on “heightened preparedness to deploy” to the region on Monday.

Biden’s Secretary of State, Antony Blinken, signaled the U.S. would provide “significant” reinforcement to NATO if Putin continues his aggression towards Ukraine.

Blinken said in an interview:

Even as we’re engaged in diplomacy, we are very much focused on building up defense, building up deterrence. NATO itself will continue to be reinforced in a significant way if Russia commits renewed acts of aggression. All of that is on the table.

During a press conference last week, Biden anticipated Putin would invade Ukraine. “My guess is he will move in, he has to do something,” Biden said.