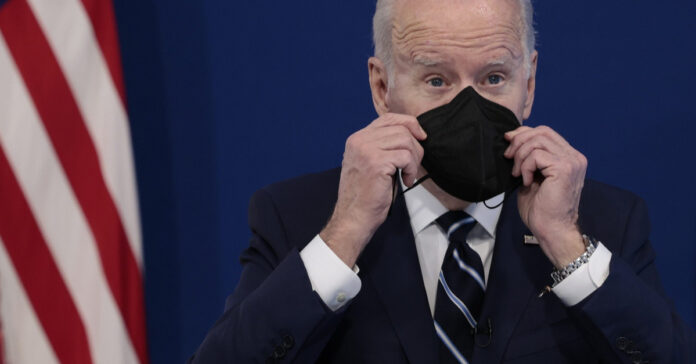 President Joe Biden’s communications team is trying to do just that. They have reportedly decided that it is time to change course and begin a new communications strategy. This new strategy will be designed to rescue the administration from the polls which continue to decline and the failures Biden has experienced with doomed legislation.

NBC News has reported that the new strategy from the White House team depends on the president spending less time talking to Congress, at least in public, and more time using his platform to speak directly to the American people.

A senior administration official said that the Biden reset plan aims to deal with Congress a lesser public priority and raise the priority on speaking to the American people. This official said that the White House will continue to make negotiations with Congress for the legislative priorities that Biden has, but it will stop releasing the details of these conversations to the public.

One of Biden’s senior officials said that there is a wide recognition that we need to change this dynamic in the White House. Apparently, the president has told aides and lawmakers that he intends to make the shift. It seems that Biden does not what to send the message that he has the role of legislator-in-chief, an official told NBC News. Then the official noted that one of the goals of the new strategy was to make sure there was no sense that Biden is approaching his presidency as though he was still a part of the Senate.

The report seems to indicate that all the president’s officials are in agreement that President Biden needs to spend more time talking directly to the public. There is not yet a unified plan on exactly what that might look like for Biden. It could mean more official addresses, more informal town hall interviews, or just more press conferences.

This new effort on a communications strategy by the Biden team was ridiculed by Fox News host Laura Ingraham. She said, “The Biden Team always thinks it can solve problems with a new Comms strategy.”

James Oliphant, a Reuters national politics correspondent, noted that the reason Biden was planning on fewer public conversations with Congress had more to do with a “little CYA” than communication “reset.”

Oliphant tweeted, “The officials said that the White House will continue negotiations with Congress over Biden’s legislative priorities but that it would stop releasing details of the talks to the public.’ Because he’s not getting his way?”

The communications director for former President Donald Trump, Tim Murtaugh, had this to say, “Here’s the thing with liberals. They rarely speak to anyone who disagrees with them, and so when their policies get rejected, they always conclude that it’s simply a messaging problem. ‘The people don’t like the president so we’ll just give them more!’”

The present is moving into his second year in office with one of the lowest approval ratings of a modern-day president. He has used much of his political capital in this first year.

He’s not the first president to try to “reset” his message, but Biden has found himself in the precarious position earlier than most of his predecessors.

It is also important to remember that this has happened to Biden in the context of a very sympathetic media, the total opposite of what happened to former President Trump.

For sure, Biden needs a better communications strategy. But what he really needs is better results.