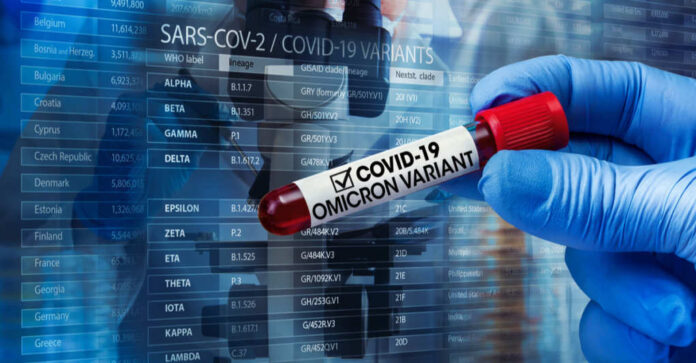 It is time to be cautious and avoid falling for the lies that the Democrats and their horrible organizations will be telling the world now that it is an election year. For the past two years, the liberals and their health organizations have lied to the world. And now that the midterm elections are at hand in the most powerful nation on the planet, they all want to play nice and tell the truth.

The World Health Organization has been in on the coverup of the COVID-19 virus since it first came out onto the world’s stage. The WHO and the Chinese worked together to try and hide the outbreak before it ever left China. It was only when the virus spread worldwide that people noticed how hard the two groups were trying to cover it all up.

And now that same organization wants to offer hope to all those left alive after their viral attack on humanity. They want to make people think that the Omicron variant will make natural immunity a reality to the point that the virus is no longer a threat. But in the same breath, they speak of doom towards everyone and tell the could be a story that another variant is looming.

The COVID-19 cases are already dropping in the United States. The considerable spike the Democrats were praying for never materialized. And those liberal governors that panicked and locked every up again, we’re told by the courts that they were violating civil liberties.

But the WHO and their liberal masters need to give hope somehow because it is an election year. They think people will want to vote for people who can give good news and a positive direction to what a new routine will look like. The good news that they are offering is that natural immunity will be high. And this announcement comes after two years of the Democrats hiding the very concept of natural immunity.

At every level of government, there sits a liberal who needs to feel powerful. Anthony Fauci is undoubtedly trying to give his worthless opinion when he mentions that people can soon return to a new level of ordinary. But in all reality, there is no hope being offered because the standard button is not theirs to push. And they are not going to lift COVID-19 restrictions just because Fauci smiled at them.

Newsmax reported that “Both Fauci and the WHO’s Europe regional director, Dr. Hans Kluge, cautioned that new variants are likely to emerge, but with vaccination, new drug therapies and — during surges — testing and masks, the world could reach a less disruptive level of disease in which the virus is, as Fauci put it, ‘essentially integrated into the general respiratory infections that we have learned to live with.’”

The Omicron variant has proved that it is not as bad as the original virus. And as fast as it came onto the scene, it was making a hasty exit. The hospitals are clearing out, and the counts are dropping fast. But there are still those liberals that want to force children to mask up or never see the inside of a classroom again.

Dr. Christopher Murray from the University of Washington came out and said, “What do we end up with at the end of this? We end up with the highest levels of global immunity that we’ve seen in the pandemic.” And based on his estimate, 57 percent of the world has had the virus and is now immune.