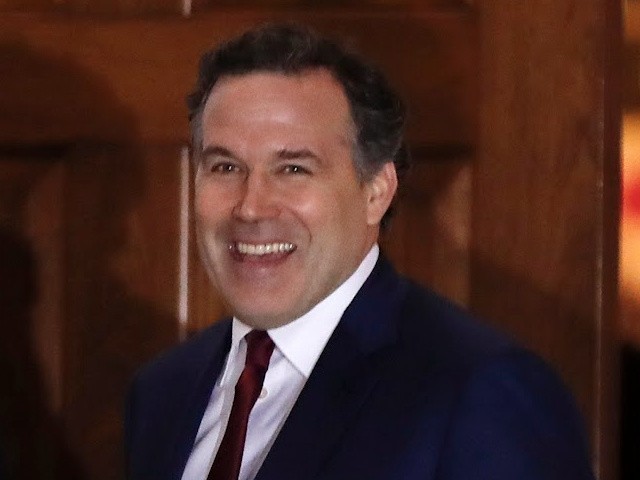 The inflation, the fuel, the increase in fuel, it’s really hurt working families, which I talk to all the time. The fentanyl increases that come across the border, Energy Policy, is something that really, really affects the Commonwealth of Pennsylvania, and here, you have the point you’re making. You have the weakness on the world stage, you have the approval and support of the Nord Stream 2 pipeline, which is, among other things, enabling Russia, and you have that in parallel with the turndown of the Keystone pipeline and a huge regulatory overreach with the energy sector in our country and in Pennsylvania.

McCormick, who is endorsed by Sen. Ted Cruz (R-TX), said that his campaign is building momentum “because people see the contrast with Joe Biden and they know we need a strong America First conservative nominee on the Republican side that can win the general election and go to Washington to fight for the agenda and to lead.”

Boyle then talked about Breitbart News senior contributor Peter Schweizer’s new book, Red-Handed, which exposes the Biden family’s financial ties to the Chinese Communist Party, and asked McCormick what can be done to combat China’s increasing influence on American politics.

McCormick noted that China developed a ten-year plan to dominate critical emerging technologies, such as 5G, quantum science, and artificial intelligence, and called on America to develop a similar program that would put us at the top of these industries in the future.

“You know, in 2015, there was a Chinese report that was essentially … China 2025 laid out the 10 year plan for these critical technologies this civil-military fusion that Peter talks about. And they’ve made enormous progress and new technologies,” McCormick said. “And Xi’s strategy really are winner take all. They’ve put a huge economic threat to things like artificial intelligence and quantum science. Huge economic threat to the United States, huge military threats to the United States, and we’ve been we’ve been asleep. We’ve not had a whole nation strategy to deal with this.”

And that’s something that we have to have strong leaders in Washington that do, Matt. As you know, I wrote this piece on FoxBusiness.com, which laid out the components of that strategy, but it starts with repatriating key supply chains, new technology, semiconductors, or pharmaceutical supply chains, it’s holding China to account for the lack of transparency, around Wuhan and all the terror against the Uyghurs. It’s continuing President Trump’s approach on trade to make sure that’s fair. And it’s really looking to your question about outbound investment, and making sure that whatever outbound exports or businesses doesn’t in any way support the Chinese modernization, and that’s going to require us to be focused on the national interest, not individual interest or individual corporate interests.

McCormick then called on the private sector to work closely with the government on these technologies to ensure that China does not outpace the U.S.

Well, I agree that on those critical technologies are different than the past. 5G, artificial intelligence, quantum science, because A) they have winner take all dynamics. If you become the leader in the world, the leader in setting standards, then you have huge influence. Second, the difference between military technology and civilian technology has gone out the window. The same advanced semiconductors apply on the military or the civilian side. And they have a strategy for how to deal with that.

Our technology sector in our country will not even cooperate with our Pentagon, which is a real problem. It’s radically different than it was during the Cold War in the 60s, 70s, and 80s. And so we need a whole nation strategy that identifies those technologies, that ensures that we have the right investment, that ensures we have the right cooperation with our civilian sector. And then make sure that these become politicized.

These should not be areas where people have the opportunity to get, you know, rib off the fat of the government. These should be areas where we come together as a country to really have the capability to compete and to win because, as you said, this is more than just a global competition. This is an adversary that we’re dealing with, and so we need we need new leadership A) that understands that and B) is willing to fight for it, and again, that’s why I’m running for the Senate because we need voices that can make sense of all this.

Boyle mentioned how in the months leading up to the coronavirus pandemic, there was a House select committee on China in the works, yet House Speaker Nancy Pelosi (D-CA) backed out once coronavirus hit the country. McCormick emphasized the need for Congressional leaders to have oversight on tech companies to ensure they’re not enriching China.

“That’s one of the great challenges is that the Chinese drive a top-down centralized planning that has made great progress in their ability to compete and fight against us. We have not had that in our relationship with China. We need to do that in a way that doesn’t sacrifice capitalism,” he said.

“We can’t be a state-run economy, but there are ways to bring the private sector and the government on this issue of enormous national importance to cooperate, and I agree that a bicameral approach to it is necessary, and we need to have the best leaders in the country forcing it.”