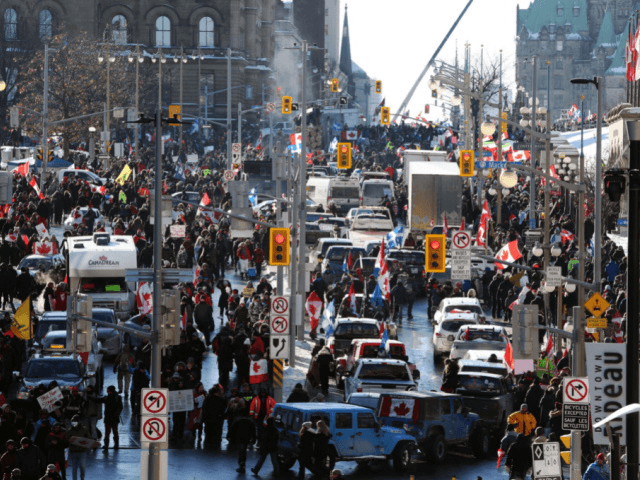 Trudeau, who is in isolation after being exposed to coronavirus, left his home due to “security concerns,” according to the CBC.

“I learned that I have been exposed to COVID-19. My rapid test result was negative. I am following @OttawaHealth rules and isolating for five days. I feel fine and will be working from home,” Trudeau tweeted on Thursday. Social media users pointed out that his announcement came days before the trucker convoy hit Ottawa.

Trudeau characterized the convoy as a “small fringe minority” and said they held “unacceptable views” in the days leading up to Ottawa’s Saturday protest.

The Parliamentary Protective Service anticipated more than 10,000 people would be at the Ottawa protest.

The Canadian Trucker Alliance, which estimated at least 12,000 drivers are not vaccinated, does not support the truckers’ protest.