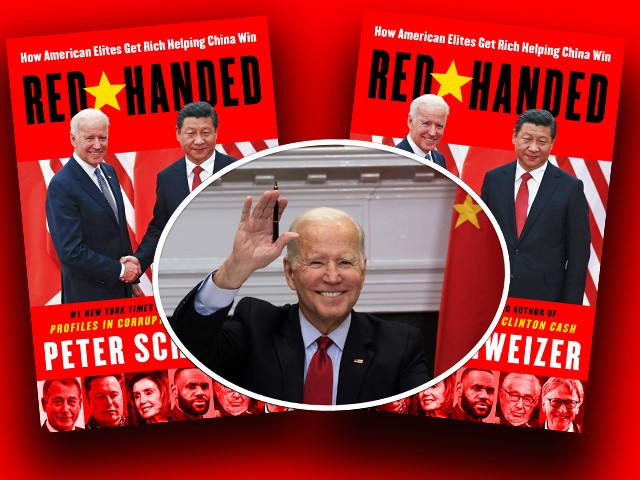 While speaking at the Save America Rally in Conroe, Texas, on Saturday night, Trump lauded Schweizer’s investigative work in Red-Handed:

A really great new book by Peter Schweizer, which is a terrific book, actually a sad book, very sad because of what it says and represents – just reported that the Biden family has collected over $31 million from entities linked to the Chinese Communist Party – $31 million.

That’s in addition to the $83,000 a month from the Ukrainian energy company, which a lot of people said was very corrupt, the millions from the mayor of Moscow’s wife – millions, $3.5 million. What was that for? I really don’t know. Remember the laptop from hell when they found it? What did they say? ‘The Russians did it.’ Oh, the Russians did it, remember that? That turned out to be like everything else, totally false. Can you imagine when he realized that his laptop from hell was missing? And that they found it?

Trump went on to highlight the onslaught of “fake scandals” he faced as president at the hands of “radical Democrats.” He asked:

He insisted that Republicans will investigate the “Biden corruption” once they gain control of Congress.

“And Biden has the real scandals, and rest assured when Republicans retake Congress the Biden corruption will be investigated and exposed by Congress,” the 45th president said.

The Trump-endorsed book, Red-Handed, skyrocketed “to the #1 bestseller spot on both Barnes & Noble and Amazon across all book categories and genres” on the day of its release, Breitbart News reported. Schweizer, a senior contributor to Breitbart News and the president of the Government Accountability Institute (GAI), is also the bestselling author of Profiles in Corruption, Clinton Cash, and Secret Empires.